Llangoed were hosting Amlwch in the second game of our run of 11-a-side friendlies. This pre-season warm-up game would feature several new faces who hadn’t played a competitive game for the club before. Emma and Roz had opened the shop and were doing good business in tea, coffee and soft drinks prior to kick off.

The game was different to the previous matches in that we also had a couple of linesmen in addition to the referee. The clouds and drizzle had just stopped when the referee blew for kick off. It began as a bit of a cagey affair with the boys getting used to the size of the pitch, which was much bigger than any of the previous games. In the first 20 minutes, Amlwch had had 2 shots on target to Llangoed FCs 1. Both of which were escorted wide by Shaun in goal. In the absence of Paddy and Matthew, the defence was made up of Cai, Josh, Lewis and Alfie (playing only his second game for us). Llangoed defence played very well in the first half, dealing with almost every Amlwch attack before the ball reached Shaun. On the odd occasion when Shaun was tested, he dealt with the shot safely and calmly. The first half finished 0-0 with neither side looking like they deserved to be ahead.

The second half started with Amlwch applying the pressure. Brenin and Lewis both made some good saving tackles with Josh outstanding in Central defence. There were one or two chances for Ben, Sam and Leo but none of them managed to convert. Three minutes before the end of the second half, Amlwch were attacking in numbers and the ball squited out of a Llangoed tackle to land at the feet of the Amlwch striker who lofted it up and over Shaun to make it 1-0. Despite and excellent chance for Sam from a goal kick from Shaun, the game finished 1-0 to Amlwch. Well done to Amlwch but there are plenty of positives Llangoed can take from the game. Alfie had an excellent game and Brenin gave 100% at right back when he came on as substitute. 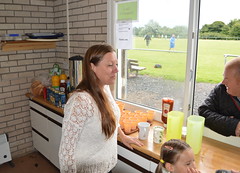 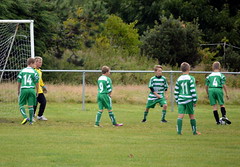 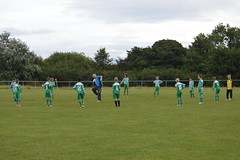 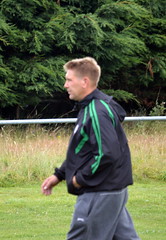 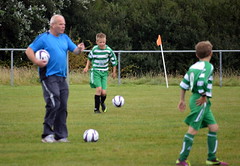 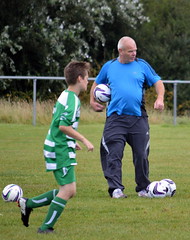 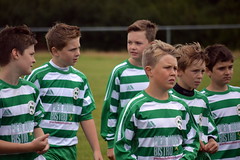 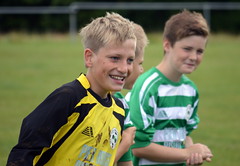 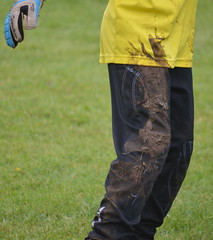 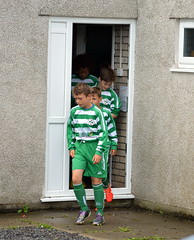 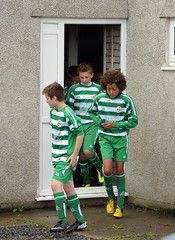 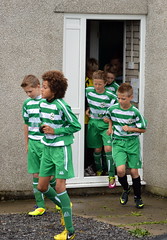 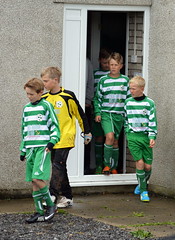 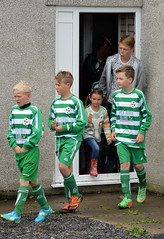 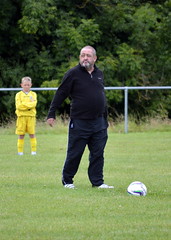 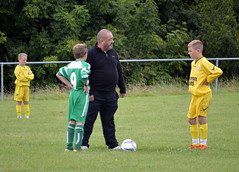 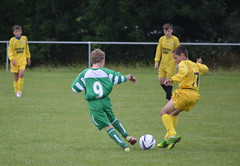 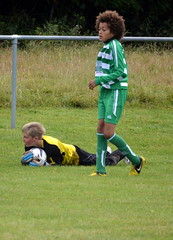 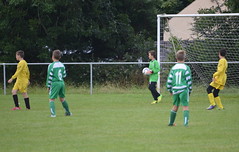 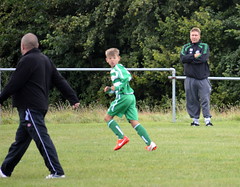 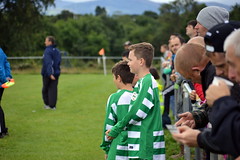