The first tournament of 2014 pre-season competition was at Kinmel Bay, Rhyl for a 7-a-side tournament against some of the best teams on the North Wales Coast.

The sun was shining in Kinmel Bay and Llangoed FC had to play 4 games in the morning. The first was against the hosts, Kinmel Bay. Being the first match, it was a cagey game with neither team wanting to overcommit. Both teams had good chances in the 10 minutes  but neither could find the breakthrough. Llangoed’s defenders and Goalkeeper worked hard with some brilliant tackles and saves and the game finished 0-0 but there was no time to waste as Llangoed were playing again immediately.

The next game was against AFC Cronus from Merseyside. The scousers had already beaten Kinmel Bay 1-0 in their first game and were looking to make it 2 out of 2. Llangoed started with pace and some good passing and after 3 minutes were rewarded when Dylan bundled the ball into the back of the net. This was soon followed when Cai saw his shot deflected past the keeper to make it 2-0. The game was wrapped up after 8 minutes with another Dylan strike to make it 3-0. Llangoed were now top of the table with 4 points.

Llangoed had to play Kinmel Bay again who had just beaten AFC Cronus to join Llangoed FC on 4 pts each. Kinmel Bay started strongly and their number 10 fired in a low shot which beat Sean at his near post to make it 1-0 to the Hosts. Llangoed had a couple of chances soon after but Kinmel Bay were pressing hard and were 2-0 when their striker turned a Llangoed defender and poked the ball wide of Sean. 2-0 was how the game finished.

The final game against AFC Cronus was a must-win with Llangoed needing to win by 2 goals to win the tournament on goal difference from Kinmel Bay. From the start there was only one team in it with Llangoed passing well and racing down the wings with Sam and Jacob providing good service to the forwards. Several close chances from crosses were narrowly missed before Cronus’ goalkeeper cleared the ball which Cai struck from range and scored an incredible goal which had the spectators on their feet. We just needed on more goal and it was scored by Leo who did a beautiful chip over the Cronus goalkeeper to make it 2-0. Llangoed were now in the driving seat and a late save from Sean and tackles from Lewis, Patrick and Matthew kept the score at 2-0. Llangoed were the Championes! 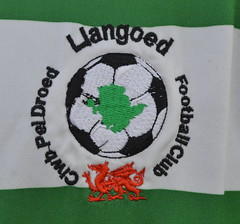 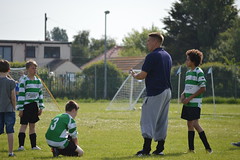 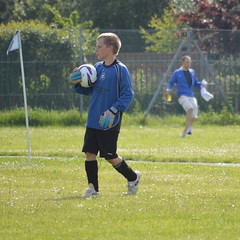 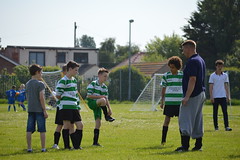 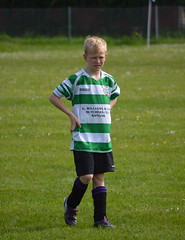 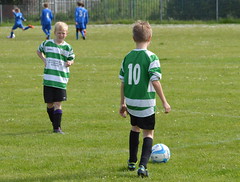 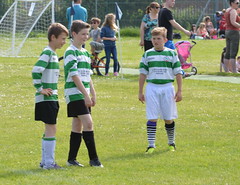 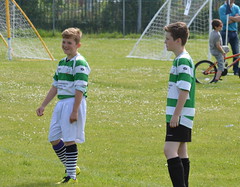 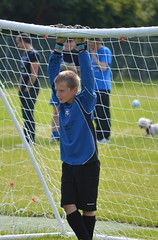 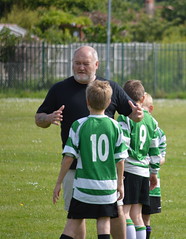 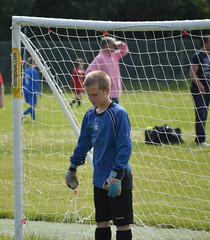 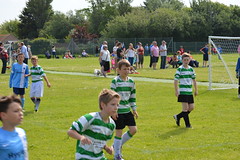 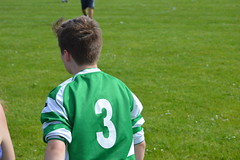 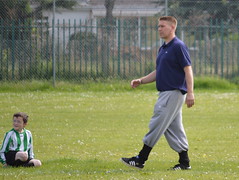 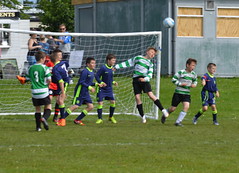 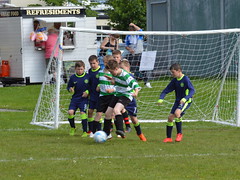 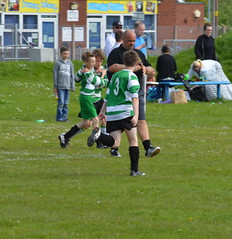 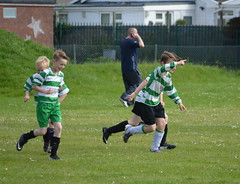 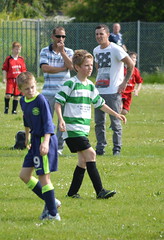 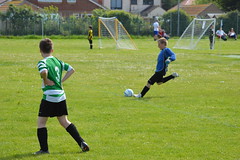 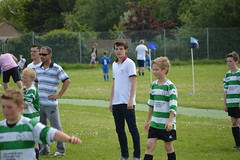 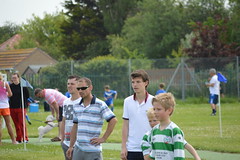 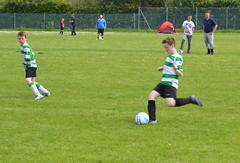