It was a hot and sunny day when the Llangoed team visited Llanfair PG for their annual 7-a-side U11s tournament. There were 12 teams entered in Llangoed’s age group and we were drawn in group B consisting of Llangoed, Amlwch Blues, Holyhead Hawks, Bontnewydd, Bodedern and Llewod Milan (Llanfair PG).

The first team we had to face were Amlwch Blues and after a nervy start, neither team could break the deadlock. It took a bit of dogged determination from the Amlwch winger who managed to chase down a seemingly hopeless ball and delivered an inch perfect pass for the Amlwch striker to slot it home from close range. Despite a couple of close chances for Llangoed, the game finished 1-0 to Amlwch.

We played Holyhead Hawks next. They had won their first game and were looking to double their points tally. A couple of first half chances were easily dealt with by Shaun and just before half time, a shot by Dylan was parried by the Holyhead keeper into the path of Cai who stroked it home to give Llangoed a 1-0 lead going into half time. The second half was almost all Llangoed with several saves being forced from their keeper. Final score 1-0 to Llangoed.

The third game was against Bontnewydd who had proven tough opposition in their first two games. Llangoed outplayed them from the first whistle. Josh fired home their first goal and followed up with another three minutes later. The march was sewn up when Cai shot low past the keeper to make it 3-0. In the second half, Llangoed had several good chances but were unable to convert them. Match result Llangoed 3, Bontnewydd 0.

Next up was Bodedern in a match which highlighted the defence of both teams with the keeper and Back line proving impossible to break down. There were only a couple of chances for each time and the game finished in stalemate 0-0.

Llangoed went into the last match needing a win in order to progress to the semi finals. They were up against Llanfair’s Llewod Milan. Llangoed started the most lively and the game was evenly balanced with Sam going closest with a 30 yard screamer that forced a great save from the Llewod keeper.The deadlock was broken when Jacob completed a skilful, mazy run by chipping the ball over the Llanfair keeper’s outstreched hand and into the net, The game finished 1-0 and Llangoed had progressed to the semi finals as group runners up.

We now had to face the Llanfair PG Inter team who had won every game so far. The game started with Llanfair playing the better possession football and having a couple of chances that were dealt with comfortably by Shaun. Arron, Dylan and Cai all had chances saved or blocked and normal time ended 0-0. Extra time went much the same way and we finished extra time still tied. Penalties!

The penalties were being taken from 5 yards and after 5 penalties each, there was still nothing to seperate the two teams. Rather than continue as sudden death, the referee rather confusingly decided to re-run the entire penalty shootout from 8 yards out. Despite a couple of fine saves from Shaun, Llangoed were knocked out in the semi finals.

This was only their second tournament together as a team (and was a much bigger tournament) and to get to the semi finals is an achievement in itself. You should all be extremely proud of yourselves. I saw a big improvement in the way you are playing as a team from the last tournament. Improved passing and workrate from all of you is an extremely encouraging sign. We could very well be in for a very exciting and enjoyable season if you all keep it up. Well done again. 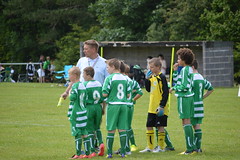 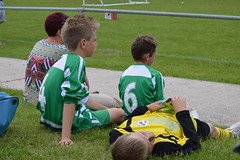 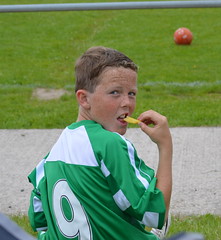 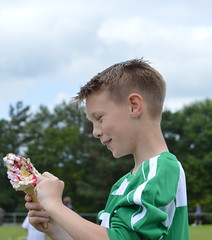 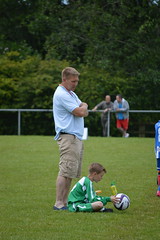 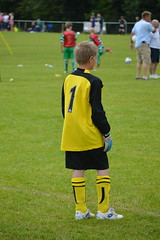 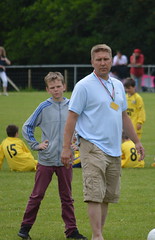 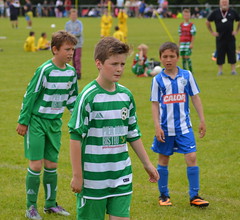 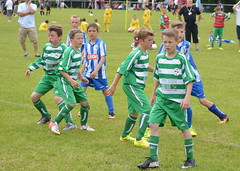 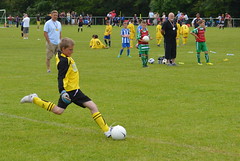 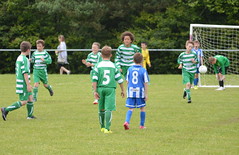 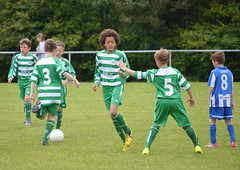 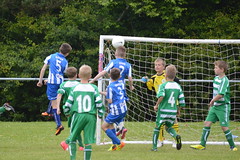 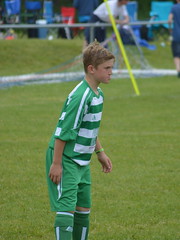 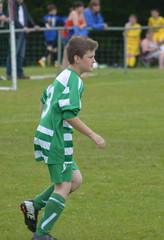 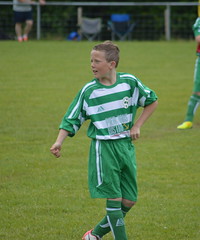 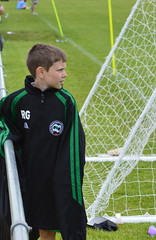 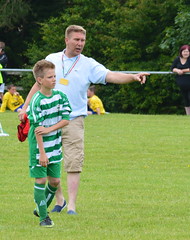 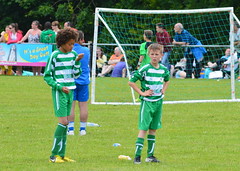 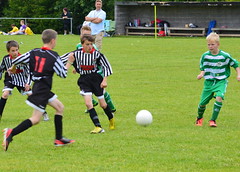