Llangefni were the visitors at what might prove to be the last friendly game before the season starts. Llangoed were without Josh and Leo but had a pretty healthy squad. The game kicked off at 11am in sunshibne with Llangoed getting the better of the play in the first 10 minutes. A couple of close chances by Sam and Aron were put narrowly wide before Cai fired the ball past the Llangefni keeper to make it 1-0. The game was still a pretty even affair with chances at both ends before Llangefni got a free direct kick 25 yards from the gola after a foul by Llangoed. The big defender from Llangefni hit the ball which looped up and over Shaun into the net to make it 1-1. That is how the first half finished.

The second half started pretty much the same as the first with Llangoed making the early running before a confodent Joseph Doohan took the ball down the wing, passing 2 Llanfair players before lobbing the stricken Llangefni keeper from 20 yards. Llangoed 2-1. Soon after, Llangefni got a penalty for handball in the Llangoed box and put it away to make it 2-2. This was followed pretty quickly by a low shot struck to Shaun’s right which found the back of the net against the run of play. 3-2 to the visitors with 5 minutes left. Llangoed pushed forwards looking for th eequalizer and Ben Williams was in the right place at the right time, side stepping the Llangefni keeper and stroking the ball into the net. llangoed weren’t finished yet and with seconds remaining, Cai hit the ball from distance and scored to win the game for Llangoed.

I would just like to say well done to Harry Gregson, Sam’s 9 year old brother who took all of the photos today and did a better job than I could have done. 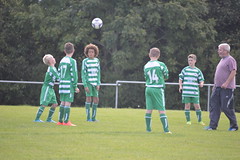 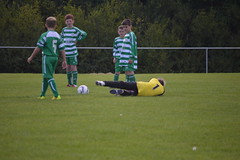 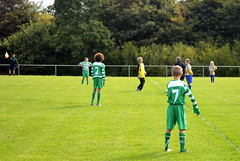 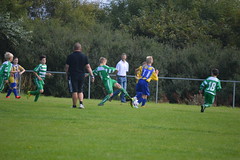 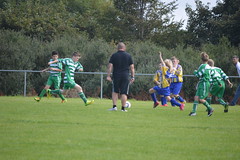 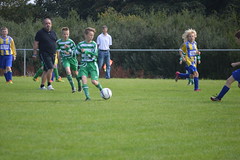 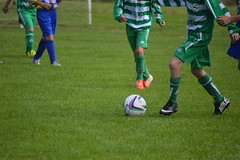 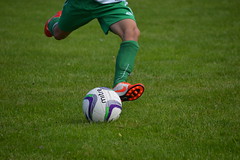 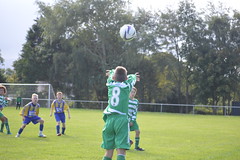 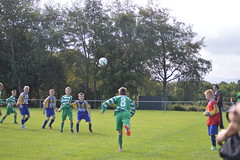 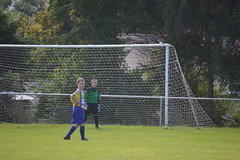 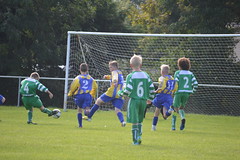 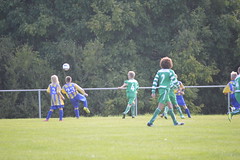 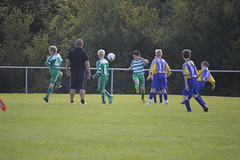 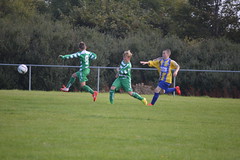 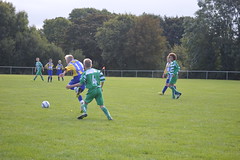 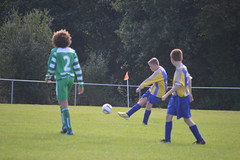 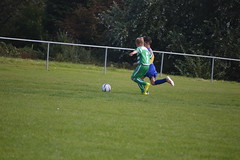 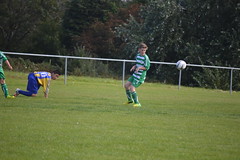 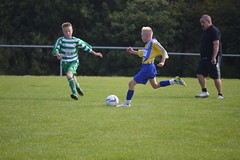 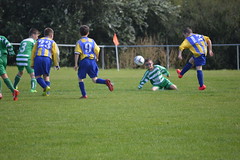 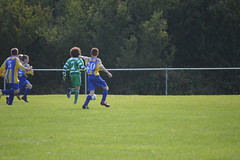 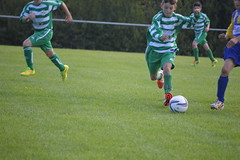