The boys travelled to Penrhyn Bay in the hopes of repeating the form that won the Kinmel Bay tournament and saw them through to the semis of the Llanfair PG tournament. They were drawn in group A against Brymbo Lodge, Llandudno, Colwyn Bay, Penrhyn Bay and Llanrwst.

The first game was against Brymbo Lodge who were well organised and lively. The game was a cagey affair and neither team had many chances before Brymbo took advantage of a rare Llangoed defensive error and scored an excellent goal with a low shot to Shaun’s left just creeping in to the left of his outstretched arm. The game finished 1-0 to Brymbo Lodge.

The next game was against Colwyn Bay and with early nerves settled, Llangoed attacked with purpose, having several efforts either narrowly missed or saved by a very capable goalkeeper. Early in the second half, Sam took up the ball running over the halfway line and threaded a near-perfect ball through to Aron who sprinted another 20 yards and fired the ball low and to the left of the Colwyn Bay goalkeeper. The game finished 1-0 to Llangoed.

Midway through the morning, Llangoed faced the hosts, Penrhyn Bay. It was not what you could call an incident-packed game and apart from solid defending on both sides there was not an awful lot to report in this game. The game finished 0-0.

The fourth game of the morning was against Llanrwst and Llangoed came out with a much-improved attitude and set about laying seige to the Llanrwst goal. There were several attempts on target by Leo, Aron and Dylan before Sam broke the deadlock with a deft touch in the middle of a goalmouth melee which ended up in the back of the net. After the celebrations, a near miss by Matthew who was foiled by a precision tackle by the Llanrwst number 3 and some good defending by both sides, the game finished 1-0 to Llangoed.

Llangoed went into the final game knowing that a win against Llandudno would see them into the semi finals. The game started with Llangoed looking the stronger team and a couple of close chances were narrowly missed. Towards the end of the first half, Llandudno grew stronger with a couple of shots skimming the uprights and a free kick from the edge of the area spinning wide. Llandudno broke the deadlock just before half time and went into the interval 1-0 up. Llangoed came back in the second half and attacked in numbers. Aron had a couple of chances followed by a couple of near misses and a couple of shots gathered safely by Shaun. Despite throwing all that they could at Llandudno, Llangoed couldn’t get on the scoresheet and the game finished 1-0 to Llandudno. Llangoed were going home having finished 3rd in group A.

Better luck next time lads. Remember, you are a team and when you played like one, you won. 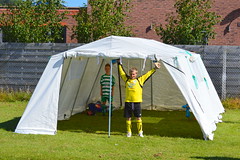 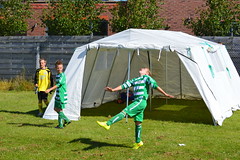 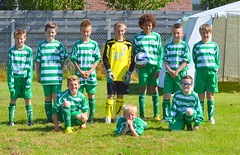 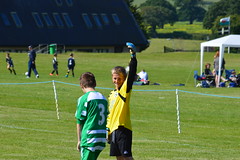 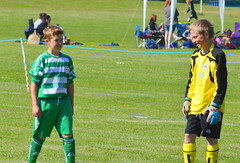 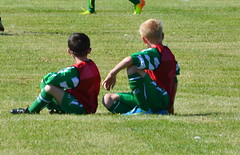 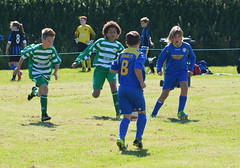 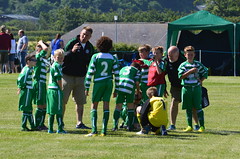 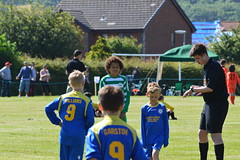 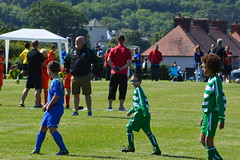 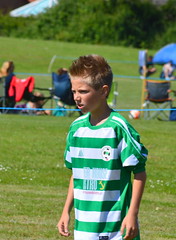 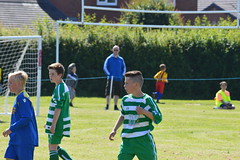 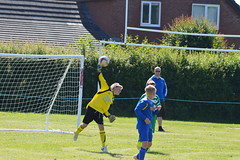 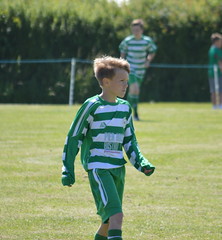 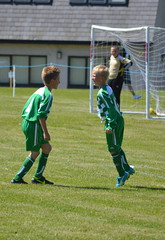 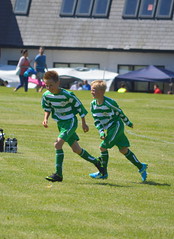 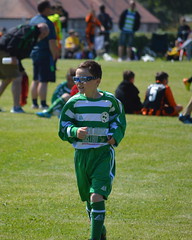 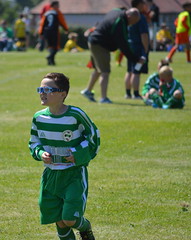 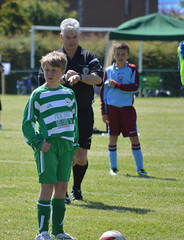 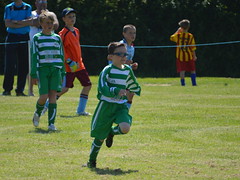 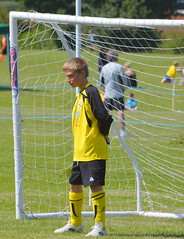 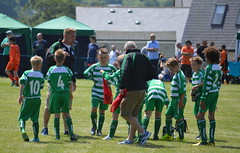