Llangoed hosted Amlwch in round 13 of the Jimmy Lawler Memorial Trophy needing only a point to be absolutely sure of getting into the final. It was perfect football weather with a gentle breeze, glorious sunshine and a cool temperature. Llangoed elected to kick off and for the first five minutes the ball stayed in the middle of the pitch with neither team able to make any headway. Slowly though Llangoed were piling on the pressure and had a couple of good chances early on, the closest was from an excellent Jacob Evans cross which was flicked on by Ben Williams, narrowly missing the Amlwch net on the far post. This was followed up a couple of minutes later with a Lewis Jones free kick (following a clumsy foul on Josh Pugh) which sailed inches over the crossbar. The play was almost all Llangoed now with the boys playing some of the best passing football we have seen all season. The deadlock was finally broken when Cai Jones picked up a pass and ran the ball through the Amlwch defence before squaring the ball to Ben who was completely unmarked and fired the ball hard into the open Amlwch net to make it 1-0 to Llangoed. Excitement was getting the better of Llangoed, looking to avenge the defeat at Amlwch on the last day of the season, and one or two mistimed tackles had the referee halt play to ask the players to calm down a bit.

Minutes later it was Ben Williams again who collected a ball from Sam Gregson and looked odds on to score only to be denied by a great save from the Amlwch keeper. The first half finished 1-0 with Llangoed having dominated from start to finish.

The second half kicked off with Amlwch determined to make up for a lacklustre first half and they came out of the gate with all guns blazing. They pressured Llangoed from the off, pushing upfield and having a few good efforts. The Llangoed defence were holding firm and some excellent tackling from Thomas , Ethan, Lewis and Alfie kept Llangoed in the hunt. A long clearance from Shaun was controlled and flicked on by Joseph Doohan to Aaron Evans who still had some work to do, going round two Amlwch defenders before shooting low and to the right of the stricken Amlwch keeper to make it 2-0. This was against the run of play and Amlwch still had plenty of fight left in them. An Amlwch free kick fired high into the area wasn’t dealt with and in the confusion the Amlwch number 10 got there first and struch the ball past Shaun who, despite getting his fingers to it, couldn’t keep it out. 2-1 to Llangoed.

Amlwch kept pressing high upfield and had some decent efforts on goal which were ably saved by Shaun before a swift counterattack found Cai free in front of goal. His low shot missed the left hand post by inches. Minutes later he was in the same position and this time hit the back of the net to make it 3-1. Amlwch pegged us back almost immediately when a high ball into the area caught the Llangoed defence napping and the onrushing striker had the easiest of tap ins to bring the score back to 3-2. The last 5 minutes were a nervy affair with Amlwch growing more desperate and having several shots from distance which didn’t trouble Shaun. This was how the game finished 3-2 to Llangoed and top of the Jimmy Lawler table. Who will we meet in the final? Holyhead are currently second, 6 points clear of Llanfair who have 2 games in hand. Amlwch could even go through if they win all of their remaining 4 games and other results go their way. Anyway, I hope the final has Llangoed playing more like they did in the first half of this thrilling encounter. Both sides should be proud of their part in one of the most nail biting games of the season. 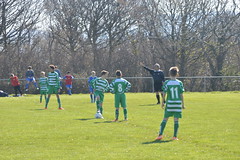 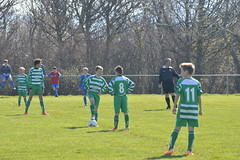 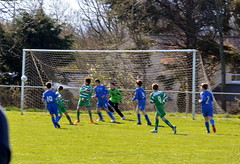 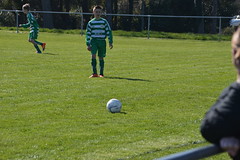 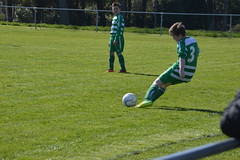 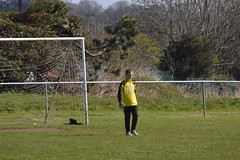 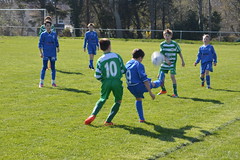 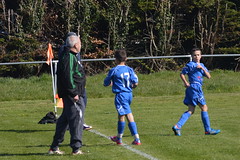 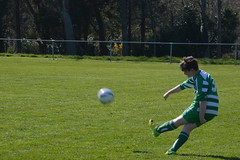 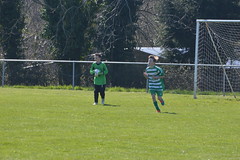 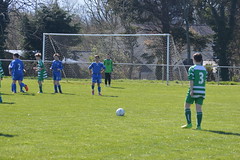 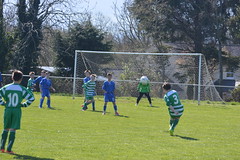 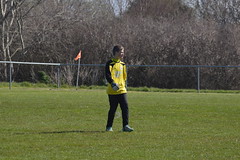 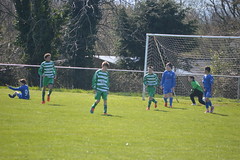 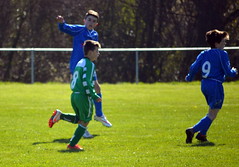 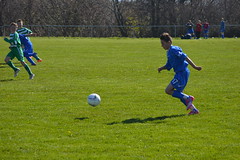 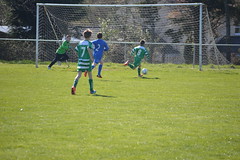 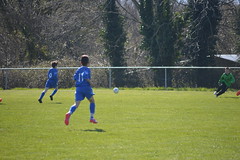 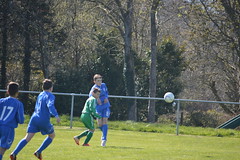 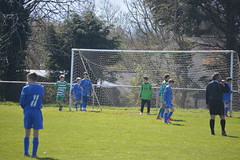