It was a bitterly cold evening as Llangoed travelled to Amlwch to play against the home side in the Alec Beech cup final. Llangoed had a full squad except for Joseph who was out with an injured foot but had still travelled to support his team as had Toby and Lloyd who will hopefully be signing for Llangoed next season.

Llangoed were first on the scoresheet within the first ten minutes with a well worked ball finding Tom Zalot in a shooting position and he slid the ball past the Amlwch keeper finding the back of the net. Llangoed’s celebrations were short lived, however, with Amlwch scoring three goals in quick succession. Two were the result of lapses of concentration from the Llangoed team with some uncharacteristically sloppy defending, but Cian’s 30 yard strike finding the top corner of the net was unstoppable. Llangoed went into the half time break 3-1 down.

The second half went better with Llangoed breaking through the solid Amlwch defence and Cai getting to the ball first and slotting the ball into the back of the net to get Llangoed back in the game at 3-2. The rest of the second half was end to end stuff with Amlwch coming close on several occasions with just the final touch missing to convert into a goal. Llangoed were pressing hard but couldn’t get the equalizer and the game finished with the home team taking the silverware. All in all it had been a good encounter but I don’t think Llangoed could have any complaints about the outcome as Amlwch simply played better on the night. Consolation came in the form of Cai Jones picking up the man of the match award. Congratulations to Amlwch and Llangoed move on to yet another away cup tie against Holyhead on Saturday. 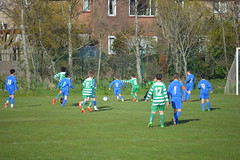 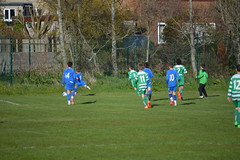 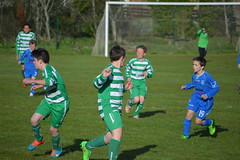 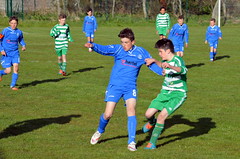 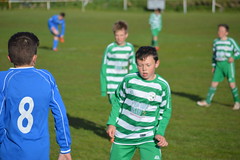 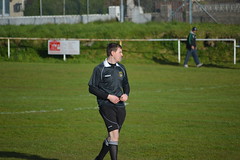 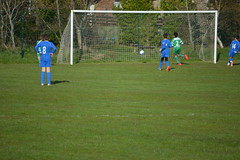 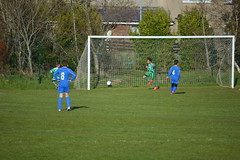 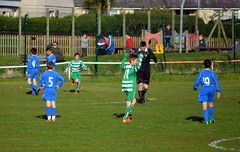 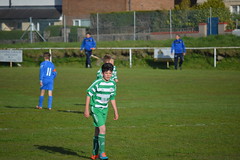 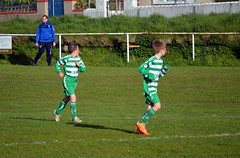 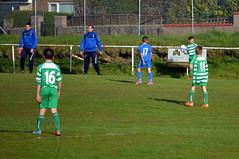 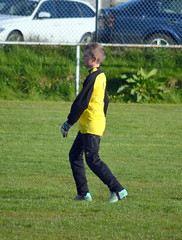 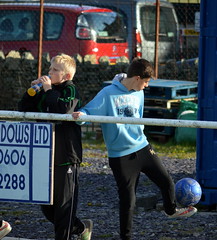 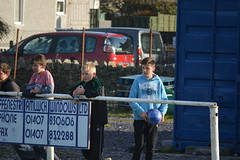 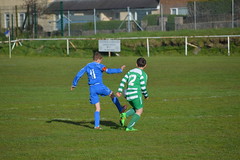 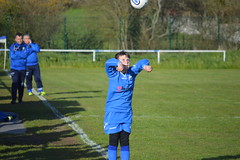 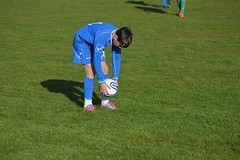 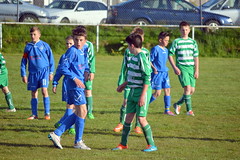 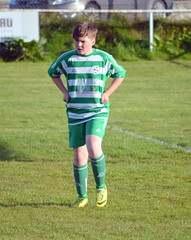 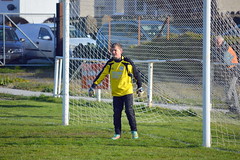 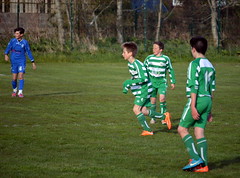