Llangoed travelled to Bontnewydd, outside of Caernarfon on a sunny Thursday evening to play a friendly game with Bontnewydd that Llanfair had arranged but couldn’t play so we happily stepped in as a substitute team. We travelled with a full squad and our 2 new signings Toby and Lloyd came along for their first taste of 11 a side football for Llangoed. Bontnewydd were a good, well organised side with a good reputation so we were looking forward to the challenge. Llangoed started brightly with Jacob and Aaron making good progress down the wings. The starting back four of Tom, Lewis, Alfie and Ethan repelled some early Bontnewydd attacks and the midfield duo of Josh and Sam were getting stuck in and making some good tackles. Thomas and Cai had a couple of early chances before Thomas broke the deadlock on about the 10 minute mark. A good foray by Cai resulted in a ball into the area which found Thomas in a good position to stroke the ball past the Bontenewydd keeper and into the net. 1-0 Llangoed. A second came ten minutes later when a goalmouth scramble resulted in Cai putting his long legs to good use and poking the ball into the back of the net to put Llangoed 2-0 up. 20 minutes into the game saw Russell use some of the substitutes and Joseph went in at left back with Patrick at centre half and Ben and Lloyd on  the wings. We went into the interval 2-0 up with Shaun barely having been troubled.

The second half started with Bontnewydd kicking off and going on the attach only to have it break down with some strong tackling by Josh and Sam. Llangoed had several chances early on before Lloyd found himself in the right place at the right time in a 6 yard box scramble to nudge the ball across the line to make it 3-0 Llangoed and get his first goal for his new club. Llangoed’s fourth came minutes later when a high ball fired in by Aaron was parried by the keeper and Tom Zalot caught it on the half volley to bury it in the back of the net. 4-0 to Llangoed and the boys were really starting to run riot. The next goal saw Cai clear through and he took the ball calmly, slotting it past the Bontnewydd keeper who could not do anything about it. 5-0. Bontnewydd had a chance minutes later when a well struck shot was parried round the far post by Shaun who had kept up his concentration. Llangoed’s last goal was made by Sam who carried the ball past 3 Bontnewydd defenders before crossing the ball to Ben who chested the ball into the open net on the far post to make the final score 6-0 to Llangoed who will hopefully take the same level of grit, slick passing and determination into the final next Wednesday. Well done lads and well done to both our new boys, Lloyd and Toby, who performed very well on their debuts. 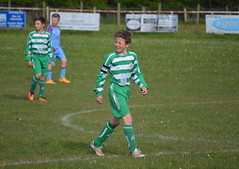 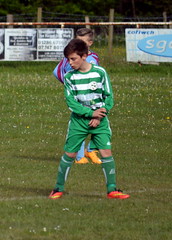 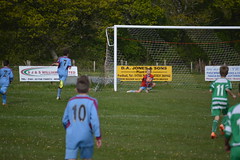 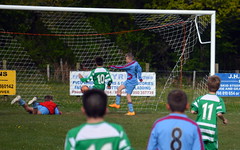 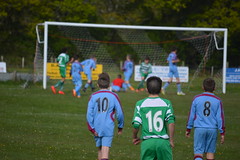 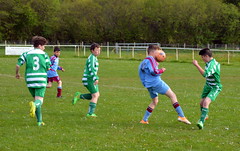 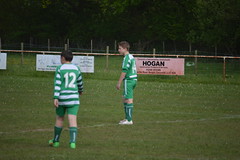 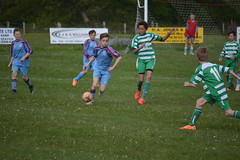 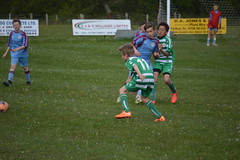 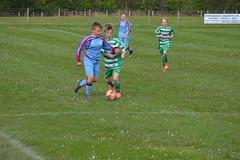 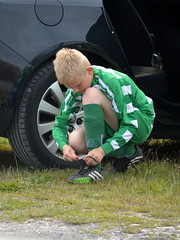 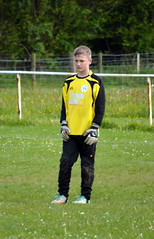 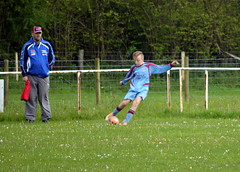 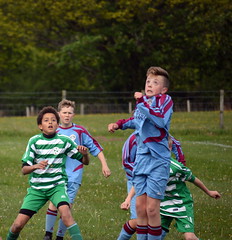 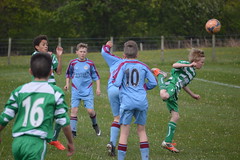 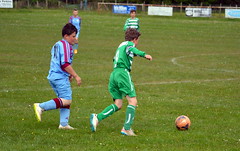 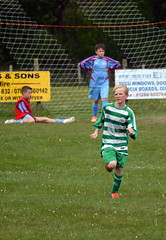 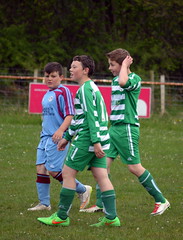 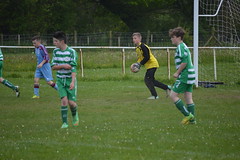 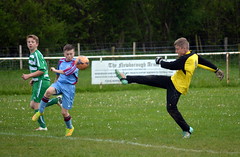