With no cup game scheduled, Llangoed travelled to Conwy Borough U12s for a friendly game on a very windy morning. Last time these two teams had met in one of their first matches, Conwy had walked away 3-2 winners so it would be interesting to see how much Llangoed had improved.

The game started off well with Llangoed on the attack from the get-go with Jacob making good headway down the right wing. About 2 minutes in, Jacob collected the ball on the wing, skipped past 2 Conwy Borough players before firing an excellent cross into the area which saw Cai in the right place at exactly the right time to connect and put Llangoed 1-0 up. It was Cai again 3 minutes later when Thomas hit a beautifully weighted pass to Aaron who flicked the ball to Cai inside the crowded area. Cai clipped the ball past the Conwy keeper who could do nothing but pick the ball up from the back of the net. 2-0 to Llangoed.

Conwy hadn’t got to the semi finals of the North Wales cup by chance and credit to them, they settled in to the game and played some good passing football. The best chances were still Llangoed’s with both Cai (with an excellent header) and Aaron (who was proving a handful in and around the Conwy box) narrowly missing and Josh firing wide from distance. This is how the first half ended.

The secod half kicked off and Conwy went on the attack immediately and won a corner. Corners on the Conwy U12s pitch are only about 10m from the goal and a lovely floated ball found the head of a Conwy attacker to put them back in the game at 2-1.

Two minutes later, substitute Ben hit a wonderful pass through to Thomas whose shot was beautifully judged and sailed into the top right hand corner of the goal. 3-1 to Llangoed. Shortly afterwards, Cai passed a ball through to Ben who collected calmly and slipped the ball past the goalkeeper who could only watch as the ball rolled into the back of the net. 4-1 Llangoed.

Conwy were still pressing when a Conwy forward hit the ball 3 yards into Jacobs arm and the referee blew for a penalty kick which the Conwy player duly converted.

Llangoed were still full of running and it wasn’t long before Ben popped up again and collecting a through ball from Thomas, he dribbled past the goalkeeper and rolled the ball calmly into the back of the net.

Llangoed showed a huge improvement over the last time these two teams met and despite a (slightly dubious?)  penalty kick and the excellent corner, Conwy barely had a shot on goal. Well done lads, keep it up. 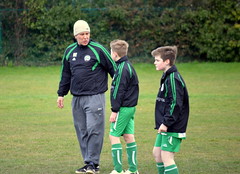 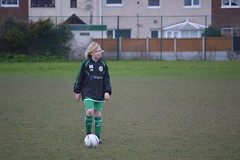 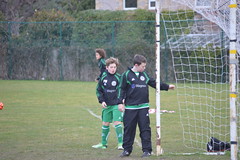 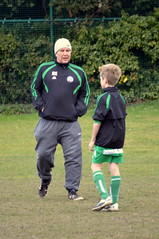 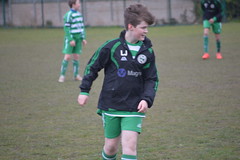 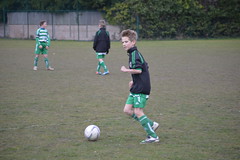 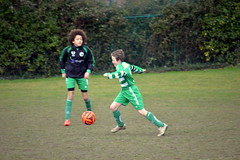 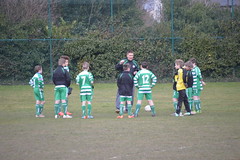 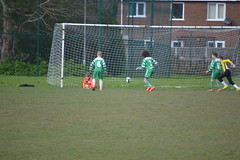 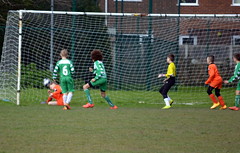 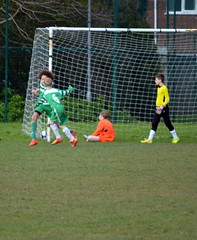 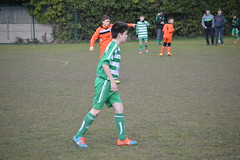 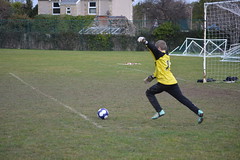 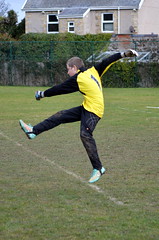 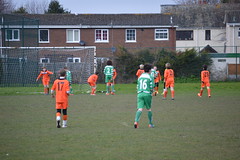 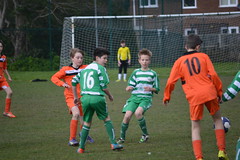 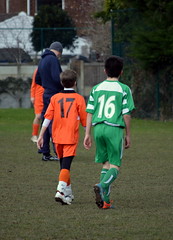 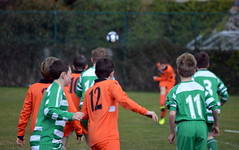 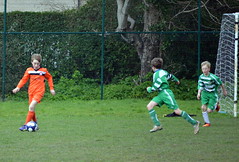 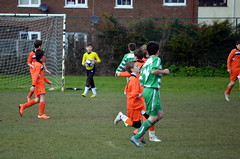