It was a very cold, wet and bleak morning when Llangoed travelled to Holyhead for yet another away tie in yet another cup. This one was the Gareth Williams Cup first round match with the winners slated to play Llanfair PG in the semi finals. Things got off to a bad start when Holyhead found that nobody had keys to the dressing rooms so both teams had to stand outside in the cold for 3/4 of an hour waiting for kick off.

The referee for the day was Michael Bentley, the newly qualified referee who was outstanding in Llangoed’s 1-0 away win over Holyhead in February. Llangoed got off to a sluggish start with Holyhead much the brighter team. The deadlock was broken inside 5 minutes when confusion in the Llangoed defence after a period of excellent football from Holyhead led to the ball being poked in on Shaun’s near post. Holyhead scored again within a couple of minutes to make it 2-0. The play was almost all Holyhead now with Llangoed uncharacteristically muted and struggling to get the ball out of their own half. Another Holyhead goal came on the 20 minute mark to make it 3-0 and we thought a cricket score might be on the cards. Llangoed however began to wake up and play better football. This resulted in a goal for Cai after some slick passing saw him through into the box and chipping the goalkeeper to get Llangoed back in it and continue to apply pressure. Holyhead weren’t finished, however, and they caught Llangoed napping on the counterattack scoring their fourth just before the end of the half.

The second half saw an improved Llangoed performance with Holyhead still getting the better chances but neither team managing to convert their chances. The closest either team came to scoring in the second half was when Harry Rees found himself receiving a pass unmarked on the edge of the 6 yard box and neatly chipping the ball over a diving Shaun only to find himself to be flagged offside. This is how the game finished. We’ve all seen Llangoed play much better and hopefully they will be on the ball on Thursday when we meet Llanfair. Good luck to Holyhead in the semi finals, they certainly deserved the result today. 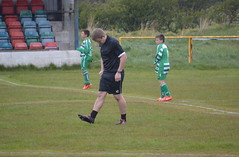 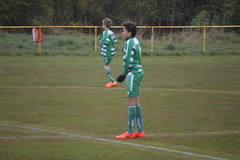 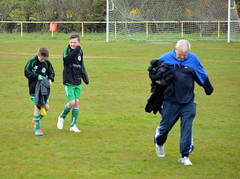 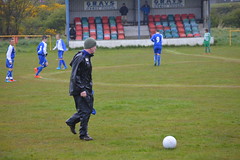 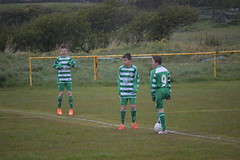 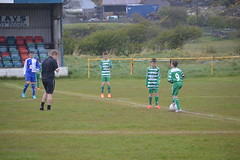 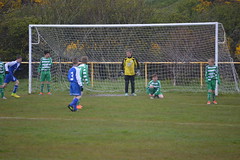 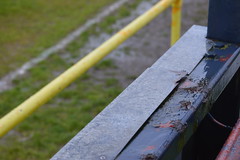 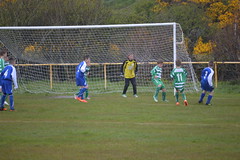 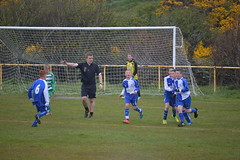 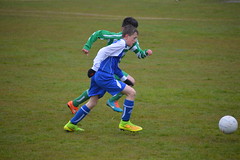 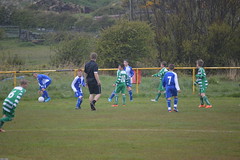 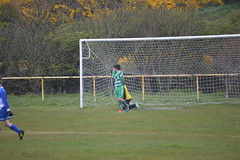 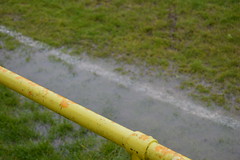 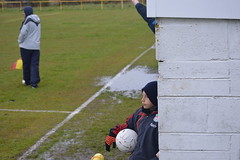 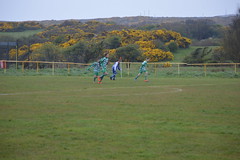 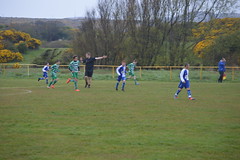 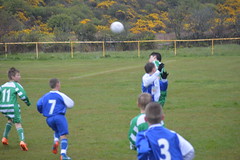 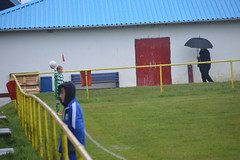 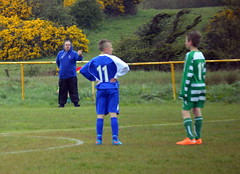 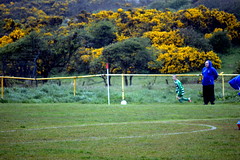 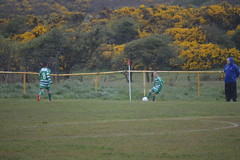 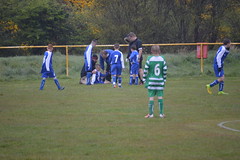