Llangoed travelled to Llanfair on a sunny but cool Thursday evening coming off two under-par performances to play their final game in the Jimmy Lawler Memorial cup. Llanfair were still in the hunt, just behind Holyhead, for a place in the final so we knew they would be up for a game. Llangoed kicked off and from the whistle looked full of purpose and passing. The early pressure was all Llangoed with Aaron coming the closest after 10 minutes with a well-struck shot from 30 yards which just fizzed past the left hand post. Llangoed were making excellent passes and came close to breaking the deadlock several times with shots from Cai and Tom being saved by Carwyn the Llanfair goalkeeper. About 20 minutes in, a scramble just inside the Llangoed box saw a Llanfair striker go down and the ref whistled for a penalty which was duly taken and scored to make the game 1-0 to Llanfair, against the run of play. To their credit, Llangoed didn’t let this affect them and they redoubled their efforts, being rewarded 3 minutes later after a through ball to Cai resulted in him running past the Llanfair defence and scoring the equalizer. Llangoed’s next came just 2 minutes later when Cai took advantage of Llanfair’s defensive indecision to poke the ball past Carwyn and into the back of the Llanfair net to make it 2-1 going in to half time.

Llanfair started the second half brightly but Llangoed continued where they left off with some excellent tackling from defence and midfield and early in the second half Tom Zalot picked up a loose ball and ran past the Llanfair defender before stroking the ball home past the stricken keeper to make it 3-1 to the visitors.

Llangoed had a taste for goal now and their fourth goal was the result of a wicked bobble bouncing past the onrushing keeper leaving Cai the simplest of finishes into an open goal. 4-1.

Next up was Josh who controlled a Llanfair clearance, before firing a spectacular 35 yard lob high into the back of the net. 5-1.

Josh had a hand in the next goal, passing the ball through to Aaron who took it round the keeper, and kept his head to finish well into the bottom right corner. 6-1.

It was all Llangoed now, despite Llanfair’s best efforts, and Aaron scored again, taking the ball round the defender and striking hard and low to make it 7-1.

Llanfair are a good side with bags of character and had definitely not given up. They got their reward 5 minutes from time when their striker skipped past two tackles to fire  an excellent shot low, and to the right of Shaun to make it 7-2. Llangoed weren’t finished, however, and on the very next attack, Aaron was judged to have been brought down for a penalty which, despite him being on for a hat trick, he waved for to Shaun to take. An excellent display of teamwork and sportsmanship. Shaun jogged up from the goal and converted the penalty with a wicked shot into the bottom corner of the net that any striker would have been proud of.

This is how the game finished. Llangoed finish top of the Jimmy Lawler league with a grand total of 22 points. Unbeaten with 7 wins and a draw. Now we just have to wait and find out who we will meet in the final. 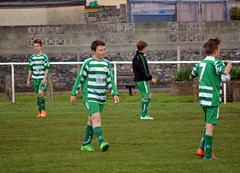 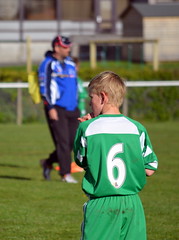 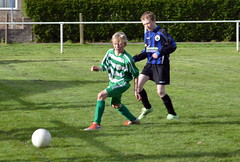 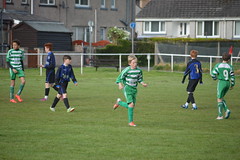 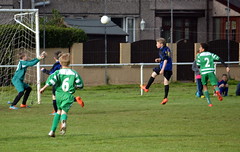 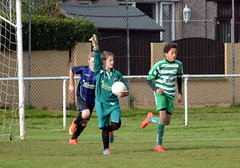 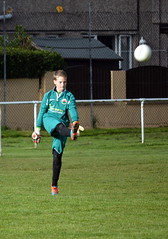 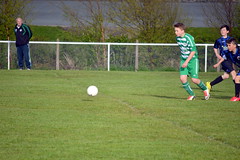 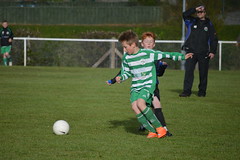 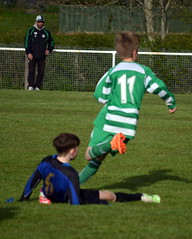 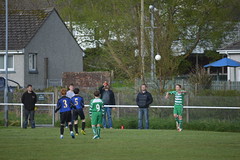 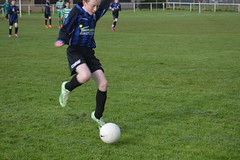 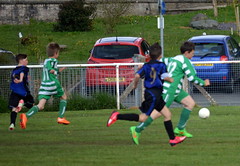 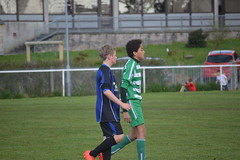 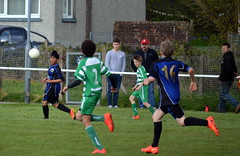 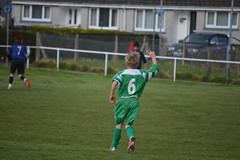 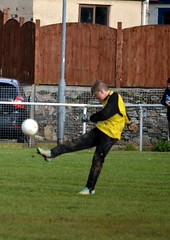 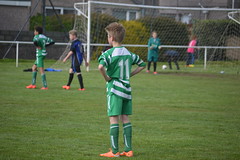 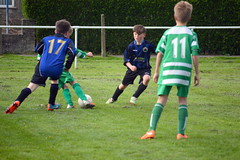 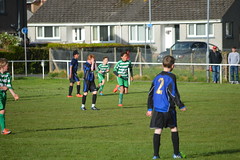 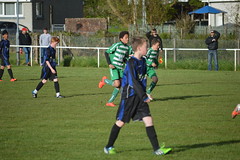 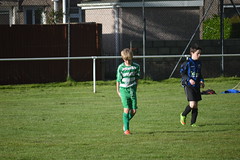 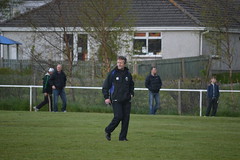