We’ve just got back from the Snowdon Hike, wet, exhausted and aching (at least I am). Thank you to everyone who sponsored the kids for today’s adventure.

We started off from Pen Y Pass at 9.15am and started walking up the Pyg Track. The weather was overcast and promising rain but was supposed to clear up around lunchtime. The boys quickly took the lead and the adults were content to just follow them up the mountain. The Pyg Track is a continuous uphill walk with only one or two sections on the flat. It is also the quickest route up which is why we went this way. About 2/3 of the way up Snowdon we went into cloud which not only reduced visibility to about 25m, it also began to rain. The group was pretty spread out by now, with Russell, Rob and some of the boys leading the way up to the steps where the walk became steeper after passing Glaslyn and you climb more rapidly to reach a zigzag which takes you up to a large stone marker at Bwlch Glasw. We followed the Mountain Railway track up for the final 300 feet to the summit.

The cafe was pretty full but the boys found a place to sit and ate their lunch. While we were there,  David Price, Olympics Bronze Medallist for boxing and Team GB captain for the 2008 Beijing games was spotted walking round the shop and a few of the boys went over for photographs. After that we went out for team photos at the summit cairn.

Returning by the Miner’s track, we arrived back at Pen Y Pass at about 2.30pm. Hopefully the boys will sleep tonight!

We’ll keep you updated with the total raised. 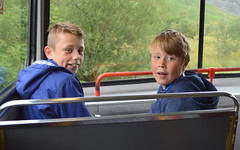 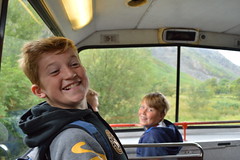 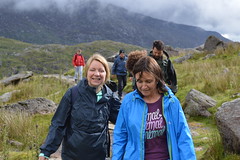 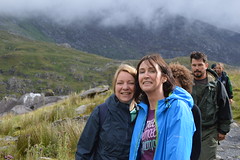 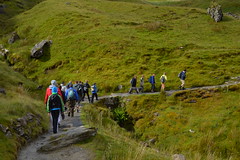 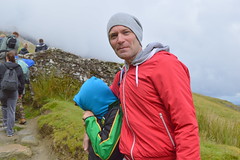 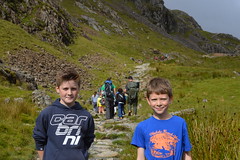 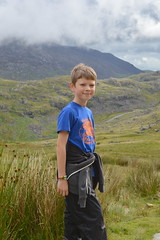 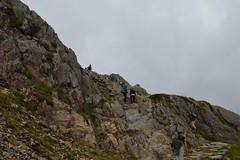 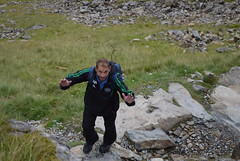 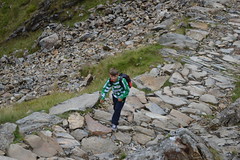 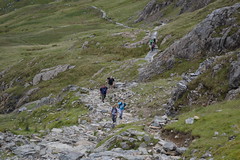 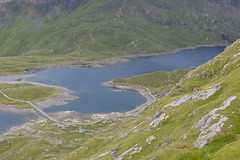 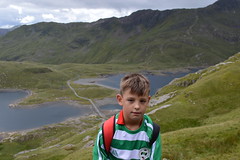 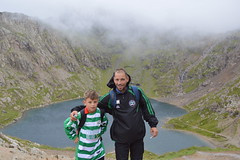 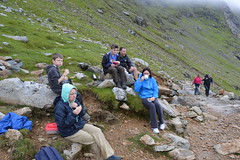 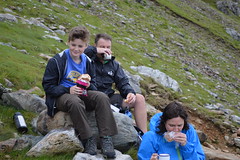 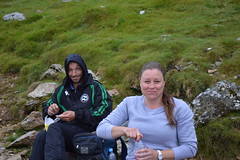 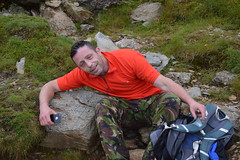 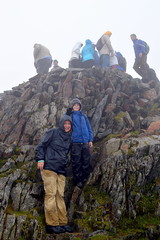 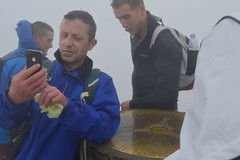 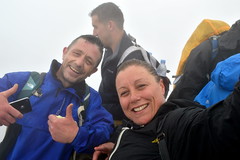 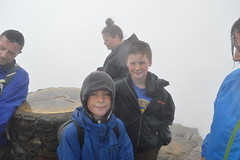