Man of the match for his lethal finishing was Cai Jones.

Amlwch Dreigiau visited Llangoed on a dry morning after heavy rainfall the night before. The pitch was soft but playable. Rich had decided to rest a number of regular starters with Lewis, Alfie, Josh, Tom and Aaron starting on the bench and he was resting  Sam, Ben and George from the squad altogether. Llangoed kicked off with a lightly hit backpass that the Llangoed defence did not deal with, allowing the pacy Amlwch striker to nick the ball, get a three yard headstart and fire a shot that was just blocked by Shaun.

Amlwch had definitely started the brighter side and were putting together some great passes. Llangoed were getting into the game and their physical advantage was showing. On the three minute mark, Cai wove his way through the Amlwch defence before firing past the keeper to finish and make it 1-0 Llangoed.

He was on the scoresheet again for Llangoed’s second which saw him break free, round the keeper and slot home for 2-0.

Amlwch didn’t let their heads go down and were getting back into the game with some excellent defensive tackles from Lewis, Hari, Harri and Toby keeping them at bay. A huge kick from Shaun bounced over the Amlwch defence and was picked up by Aaron who deftly chipped the keeper for the third.

Llangoed weren’t finished yet and a perfect pass from Aaron found Lloyd in space, he cut inside the Amlwch defender and fired the ball across goal, past the keeper and into the back of the net. 4-0 Llangoed going in to half time.

The second half kicked off with a few changes as Rich brought on some of the players he was resting and Llangoed took control of the game from the off. Two minutes in, Lloyd, who had been making headway down the wing all game, clipped in an excellent cross that Tom flicked in off his heel to make it 5-0 Llangoed.

Next up, Lloyd was provider again with a through ball to Cai which he almly slotted home for his hat trick and make it 6-0 Llangoed.

Llangoed’s seventh came after the ball was half-cleared by teh Amlwch defence and came out to Kieran who hit an exquisite curling chip into the top corner to make it 7-0.

The eighth was from Harry Grenier whio dribbled through the defence to fire home from close range. 8-0 Llangoed.

Cai got his fourth a few minute slater with a piece of exquisite skill and showing calm confidence in front of goal. 9-0

Kieran headed home from a Tom cross to make it 10-0.

Tom was provider minutes later with a cross that was picked up by Aaron to make it 11-0.

Aaron got Llangoed’s 12th with his hat trick firing low past the keeper.

Alfie got the 13th five minutes from time and finally Tom got his second and Llangoed’s 14th just on full time.

Credit to Amlwch, they kept fighting until the end but it just proved too much against a much bigger side. They had moments of brilliance too and some lovely passing play and deserved at least a goal from the game. Well done to Llangoed keeping a clean sheet and we go top of the table (for at least a week). Next match is against the unbeaten Holyhead A. Bring it on. 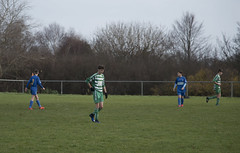 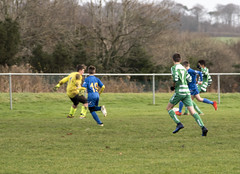 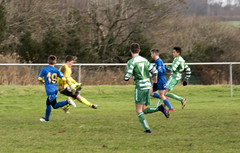 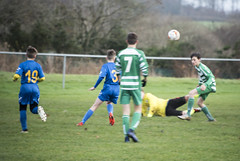 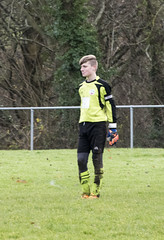 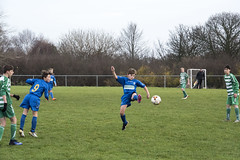 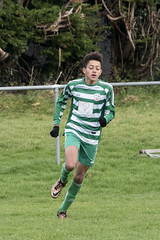 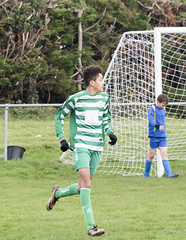 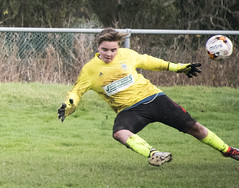 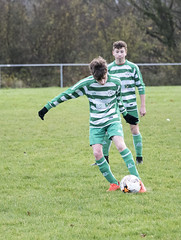 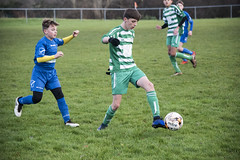 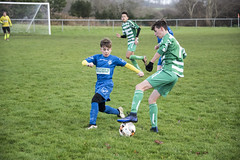 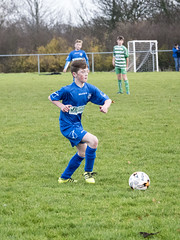 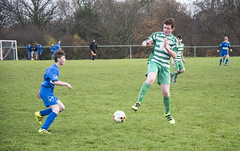