MOTM: It was close with lots of players having an outstanding match but Rich Roberts’ Man of the Match today goes to Sam Gregson for his tireless midfield performance.

Our first league match was away at Amlwch Dreigiau who had been playing in the under 12s last year. Amwlch were well-organised and had won their first league match a week previously againt Llanfair B. The size difference and an extra year’s experience on the bigger pitch between their lads and our under 14s was apparent and Amlwch were under pressure for the entire match, conceding 8 goals but scoring a well-deserved consolation near the end. Despite having 6 players unavailable for selection and a shortage of striking options, Llangoed fielded a very strong squad for the match and in the end won their opener comfortably. The Amlwch side were game opponents and should be well in the mix for honours next season when they are in the older group of teams.

Apologies there is not a longer match report as I was away this weekend. Thanks to Dylan Roberts (Tom’s Dad) for the photos.

Well done lads and we’ll see you next weekend. 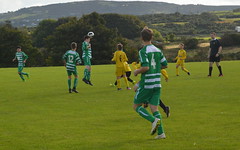 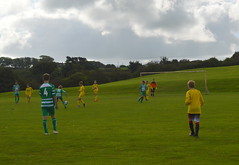 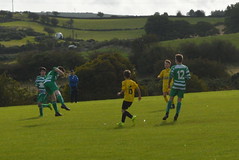 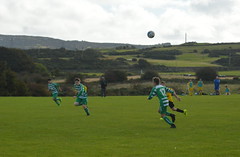 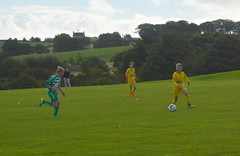 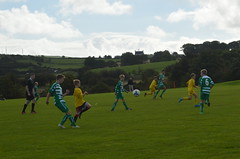 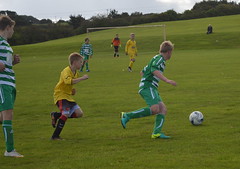 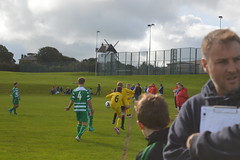