Russell’s man of the match was Aaron Evans

It was one of those days when despite the weather being awful and players and spectators alike are soaked to the skin, if you are green and white, it was a pleasure to watch. Llangoed welcomed Amlwch Town Juniors who were a big, physical side who had recently dispatched CPD Amlwch so we knew we would have a tough game ahead. Several Llangoed players were missing and, due to a mixup, Lloyd had been left behind in Moelfre and had to be picked up and brought to the game which meant that Sam and Lloyd only got to the game after the match had already kicked off.

We had started the match with just the bare 11 players with Sam and Lloyd still en-route from Moelfre. Llangoed quickly got the better of the play and Jay was first on the scoresheet with an excellent goal after only four minutes. A couple of minutes later and Aaron was on the scoresheet when his corner took a wicked swerve from a gust of wind and dipped in over the Amlwch keeper to make it 2-0. Amlwch looked a bit shellshocked and set about shoring up the defence, which the Llangoed players were getting through almost at will. George soon made it 3-0 with a burst of speed that saw him flick the ball past the goalkeeper and collect it to place it into the open net. Amlwch were not making much headway upfield with a tight and organized Llangoed defence breaking down almost every attack. Aaron scored again just before half time when he picked up a fumbled clearance and finished coolly into the bottom corner.

The players came out for the second half with Sam and Lloyd coming on for Jacob and Cai. Amlwch were playing with the wind as the rain worsened but Llangoed were still in control and several chances were narrowly missed before Lloyd picked up the ball just outside the area and fired a shot low to the keeper’s left which just sneaked inside the post. 5-0 Llangoed.

Cai was brought back on the pitch for George and almost immediately was on the scoresheet when he got to the ball first inside a crowded area to poke the ball into the back of the net to make it 6-0 Llangoed. Nathaniel rounded off an excellent morning with his 16th goal of the season to make it 7-0 Llangoed.

Despite the awful weather, the lads played exceptionally well. Shaun was calm and assured in goal and the defence (made up of Tom, Ethan, Cian and Ross) was tight and worked together exceptionally well, breaking down every Amlwch attack to keep a clean sheet. The midfield was brilliant with Jay Finter  having an excellent game and winning every ball he went for and Sam getting stuck into the 6 foot number 21. The wingers made progress every time they got the ball with Jacob coming close to scoring a couple of times, Aaron giving a man-of-the-match performance down the right wing and Lloyd getting on the scoresheet. The attackers looked dangerous every time they got the ball with Nathaniel, Cai and George all scoring and the passing and interplay across the park was sublime. If we could replicate this performance every week it would be awesome. Amlwch are a big, physical side and definitely came to compete, so it is testament to how well we played today as a team that we came away with such a good score.

We have got Llangefni B next week so lets see if we can play as well. 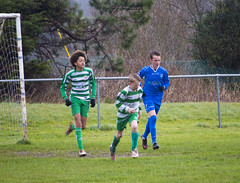 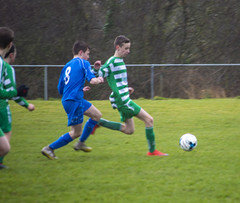 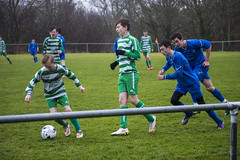 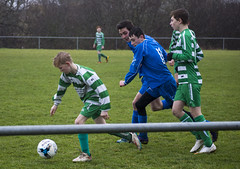 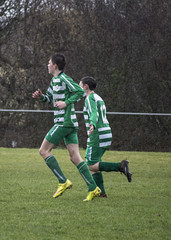 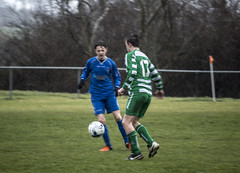 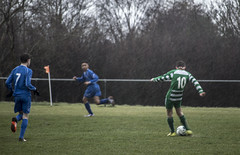 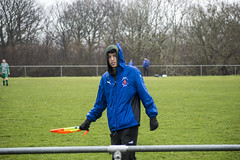 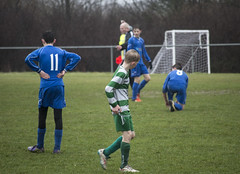 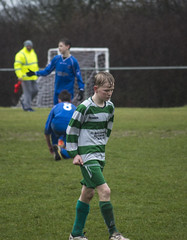 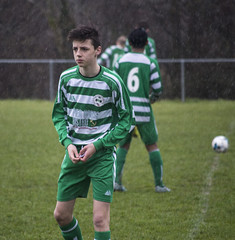 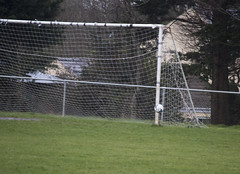 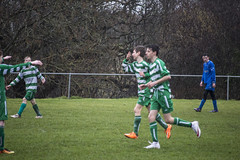 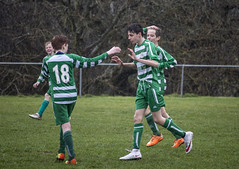 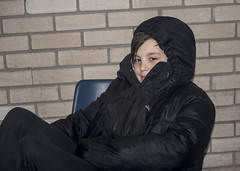 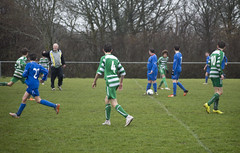