Man of the match was Jay Finter.

Llangoed, who were still unbeaten, were facing a Cemaes side who had yet to win a game this season. Despite this, it was important that the Llangoed lads didn’t go into the game thinking it was already won.

The game kicked off at 10:30am, and it was Llangoed on the front foot, unlike recent games where it has taken time for the lads to get into the game. The pressing, the quick movement and simple passing ensured that Cemaes were pinned back into their half.

The pressure started to pay off. After two minutes, Jay puts the ball into the back of the net, only for the linesman holding up his flag for offside. The lads keep pushing, and on 4 minutes, Jay is put through via an excellent pass from midfield, and makes no mistake as he chips the ball over the Cemaes keeper’s head. 0-1 Llangoed. Three minutes later, Hari Jones and Harry Goodfellow are exchanging some nice passes on the left hand side. Harry, makes some space, and whips a perfect ball into the box for Jay to latch onto with his head and put it past the keeper. 0-2 Llangoed and a second for Jay.

The midfield controlled the half – thanks to some excellent interplay between Sam, Josh and Lewis. On the 15th minute mark, Kieran is on the right hand side, and he lofts a wonderful ball onto – guess who – Jay’s head, completing his hat trick. 0-3 Llangoed. Cemaes pick themselves up and take the kick-off. From the second the ball was kicked, the Llangoed players pressed and an error from a Cemaes player leaves Kieran unmarked, in the box, and he slots home under the goalkeeper. 0-4 Llangoed. The quick, neat passing was frustrating the home side and a poor challenge from a Cemaes player resulted in a free-kick from around 30 yards out. Matt looked like he was poised for the kick but he gives way for Nathaniel who fancies his chances from this position. Nathaniel- strikes the ball with dip and curve and the ball flies into the left side of the net. 0-5 Llangoed.

It was clear, after the fifth goal that the Llangoed lads had stepped it down a gear allowing some pressure from the Cemaes side. Cemaes created decent chances, and had there been some better decision making, Llangoed could be left to rue their decision to sit back. Llangoed finished the half poorly, the second half would be an opportunity to get back to what they started.

Seven minutes into the second half, the tricky Cemaes left midfielder managed to get past Toby and loft a ball in over Matt’s head, but Alfie looks set to clear the ball. Instead, Alfie miskicks the ball and it ends up in the air. The Cemaes forward latches onto it and drills the ball under Shaun. 1-5. The lads knew it wasn’t the best that they’ve played, but they continued to give the ball away cheaply. It’s a scrappy next 15 minutes as the ball is back and forth. No team really taking hold of possession. Llangoed manage to make a breakthrough. Jay, lofts a ball over to Kieran, who brings the ball down and smashes it across goal into the bottom left corner. 1-6.

After this goal, Llangoed started to enjoy more of the ball and were back to how they started the game. A goal came with three minutes to go, as Jay beats the offside trap to score his fourth goal of the game. 1-7. Full-time.

A competent win for the Llangoed lads against a newly formed side who showed promise and will definitely improve as the season progresses.

Thanks to Rich Jones for the match report this week and Dylan Roberts for the photos. 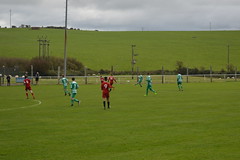 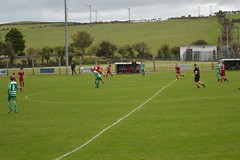 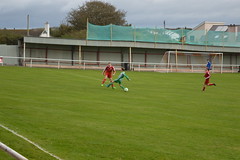 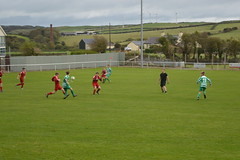 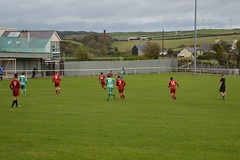 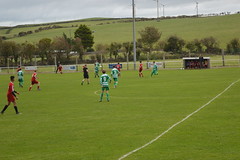 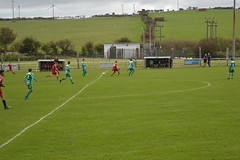 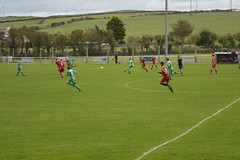 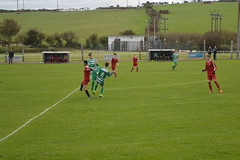 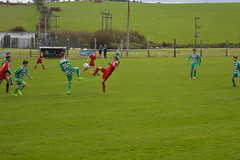 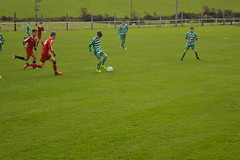 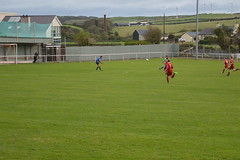 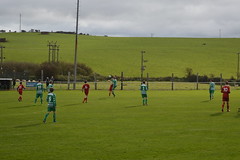 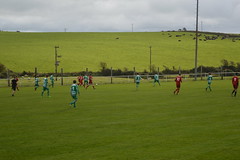 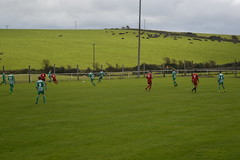 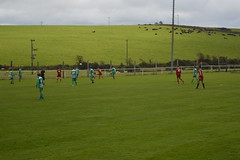 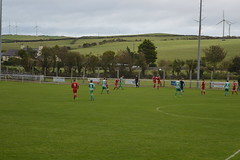 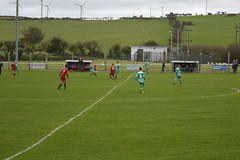 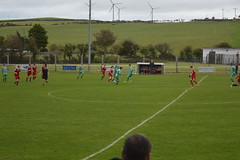 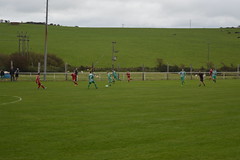 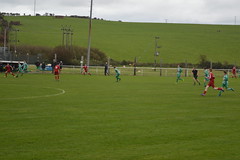 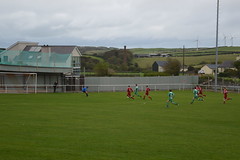 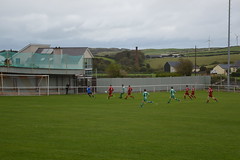 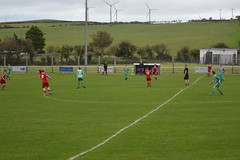