Llangoed’s Man of the Match was Sam Gregson

Football was not at the front of the lads minds after Josh had been hit by a car the night before and was in hospital. Our best wishes go out to Josh and his family and the whole team are rooting for a speedy recovery.

Conditions were not ideal for either team with the ball skidding off the wet surface and players struggling to find grip and the Amlwch keeper was covered in mud after the “warm-up”.  Llangoed were pressing early on and most of the possession was with them in the first 10-15 minutes. Matthew came close after about 5 minutes, getting the ball in front of goal but hitting it over the crossbar. Amlwch were getting back into the match with some lovely passing moves and got their reward after 15 minutes when a Llangoed defensive error saw a couple of quick Amlwch passes put Gethin through on goal and he finished calmly to make it 1-0 Amlwch. Llangoed continued pressing and we had a goal disallowed for offside.  as the game opened up with some end-to-end football. Amlwch were playing the better passing game and added a second goal just before half time to make it 2-0 Amlwch going in to the break.

The second half kicked off and Llangoed started brightly getting a goal when Sam, showing a lot of determination, went through the Amlwch defence before laying on a sweet cross from the goalline that the Amlwch keeper could only get fingertips to before it dropped onto Cai’s head to make it 2-1. Amlwch restored their two goal cushion almost immediately when another costly mistake saw the ball weakly cleared and an Amlwch winger, Morgan collected the ball and fired the goal of the match from 25 yards out which dipped wickedly over Shaun into the top corner to make it 3-1 Amlwch. Llangoed came back almost immediately when Cai collected the ball just inside the Amlwch half and ran past the defender before neatly lobbing the Amlwch keeper from 20 yards to make it 3-2.

Amlwch got a penalty kick when Shaun was judged to have brought down an Amlwch player in the box. He duly saved and held the spot-kick. We had another goal from Cai disallowed for offside and Amlwch breathed a sigh of relief after the last 10 minutes of relentless Llangoed pressure when the referee blew the final whistle. On balance, I think we deserved something out of this game but Amlwch played better passing football and we were out of sorts from the team that beat them 6-2 away at theirs last month. Amlwch, once again proved that you can never take them for granted and they now move to within two points of us in the league. Well done Amlwch. 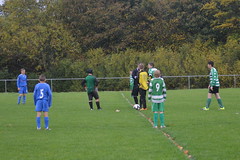 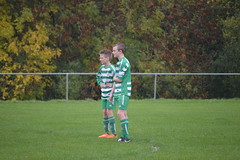 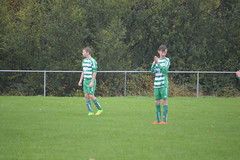 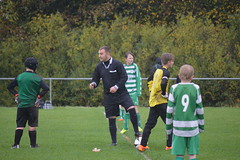 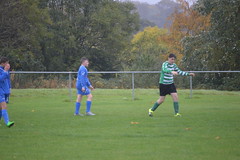 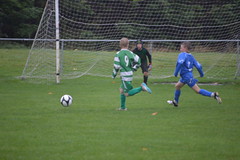 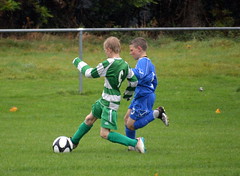 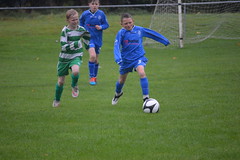 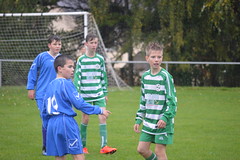 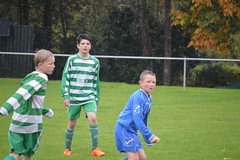 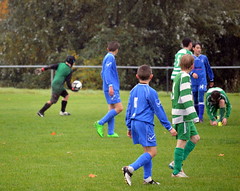 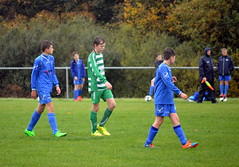 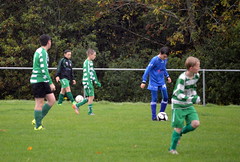 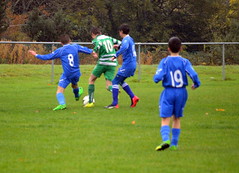 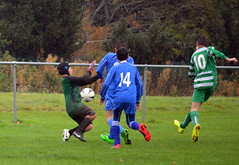 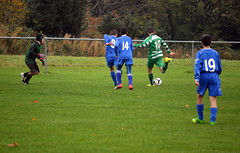 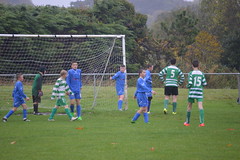 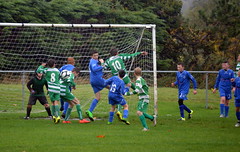 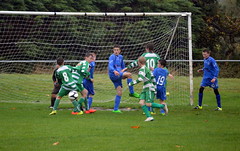 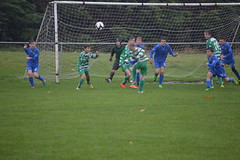 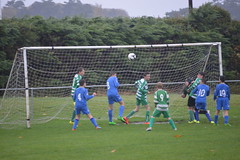 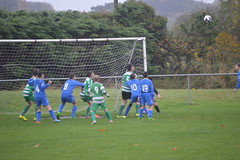 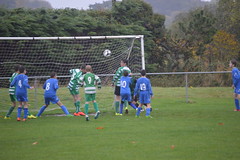