Scorer for Llangoed was Lloyd Davies

Man of the match was Sam Gregson.

Because of the injury to Shaun I didn’t manage to get any notes today so will just put down the Facebook comments from Rich, Gary and Me. I would like to say that I thought you were all outstanding today. Thanks to Holyhead A for giving us the best game of the season full of effort, determination, drama, 2 goals and no cards and maximum commitment from both sides.

Well done today ….a cracking game of football between two very good sides…..great performances across the team…glad to here Shaun is going to be ok …and a big thank you to George who made a brilliant save at the end ..after a lot of debate we decided on Sam as MOM just ahead of Dafydd Lewis and Tom ….but the decision was extremely difficult ………I thought our midfield looked exciting and against less capable defenders should bring us lots of goals ….Cai worked his socks off today and got little reward for his efforts ….but he was asked to play that role and he carried out really well throughout the game ….I apologise for to the players who didn’t get on …but the game was so finely balanced I didn’t want to cause to much disruption ……couple of weeks training now and then we will be ready for Colwyn Bay…Rich R

Excellent well fought battle today by us,considering the conditions and up against a tough strong team chances were few & far between so we can be proud of a draw. Special mention to our brave keeper Shaun who never knows when to quit,enjoy well earned break now Shaun. An excellent performance bystand-in keeper George with a brilliant save to keep it 1-1. There were 14 man of match performances today but Sam just shaded to get MOM award. Da iawn hogiau,very good start to 2017 and always remember there is no I in Team

A proper battle today. Missed the second half due to the mercy dash to A and E but what I saw in the first half was a team working hard for each other. Our defence was immense today and we limited Holyhead to a handful of chances in the first half. At the other end, Midfield and Attack were trying hard to break the deadlock with Kieran hitting the crossbar and Cai and Lloyd coming close (Lloyd scoring to put us ahead in the second half). It was an outstanding performance from each and every one of you but I would like to give a special mention to Shaun and George who were excellent shot stoppers today and the entire defensive line who were excellent. There was a huge battle going on throughout midfield and Cai had a couple of chances as the lone striker. Well done all of you and have a good couple of weekends off. For those of you lucky enough to be going skiing, have a great time. Rich G. 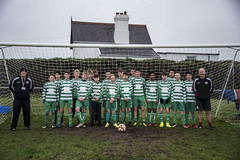 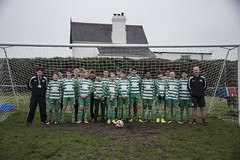 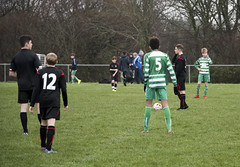 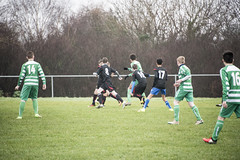 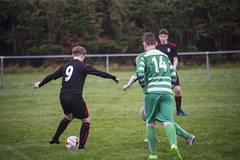 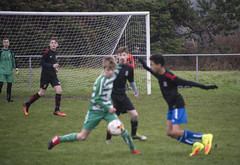 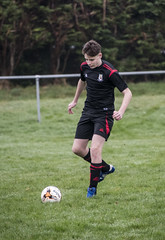 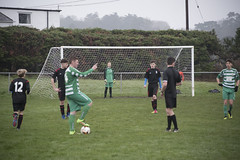 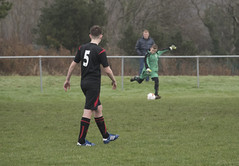 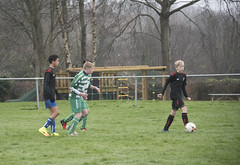 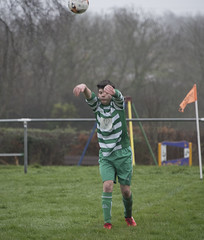 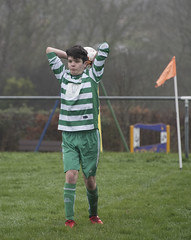 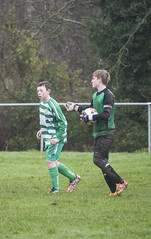 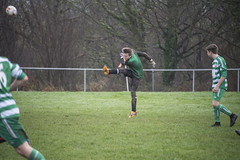 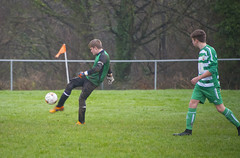 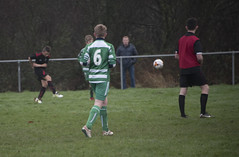