Scorers for Llangoed were Cai Jones and George Evans.

Man of the match for Llangoed was Sam Gregson.

Llangoed welcomed Holyhead to Llangoed for the NWCFA cup quarter final after an incredible league match a few weeks previously that finished honours even. Llangoed were under no illusions as to the quality of the opposition and how well we would have to play to get a result.

Holyhead started by winning the toss and changing ends to play with the slight breeze behind them in the first half. The game kicked off and there was some end to end stuff before Llangoed got an early goal thanks to a quick pass that split the defence and saw George collect and fire it hard and low across the keeper and into the back of the net to make it 1-0 Llangoed with 4 minutes played.

Holyhead are no pushovers as they have proved in their unbeaten season so far and they moved the ball well for the next 10 minutes, pressing hard but the Llangoed defence held firm, clearing the ball at every attack.

Lloyd came close on the 14th minute when he struck the ball sweetly towards the top of the net producing a terrific reaction save from the Holyhead keeper to tip the ball over the bar.

The rest of the half carried on in much the same vein with Holyhead pressing then Llangoed but neither side could break down the others impressive defence. Holyhead won a free kick just before half time and an excellent shot produced an equally good save from Shaun. The ref blew for half time with Llangoed ahead 1-0.

The second half kicked off with Llangoed firmly on the front foot, playing high up the pitch and Cai coming close when he ran through only to scuff the ball wide of the keeper and the right hand post. The game was becoming a bit more niggly too with needless free kicks being given away by both teams. Seven minutes into the second half, Cai ran through and was forced wide of the goal but inexplicably, the Holyhead defence gave him room to turn and as everyone thought he was looking to pass, he fired a rocket from a very tight angle past the Holyhead keeper and into the roof of the net. Llangoed 2 Holyhead 0.

Harri Grenier replaced Kieran 25 minutes into the second half and almost immediately, Lloyd forced another excellent save from the Holyhead keeper who tipped a rocket of a shot over the crossbar. A minute later, Lewis saw his shot saved and held by the Holyhead keeper. Llangoed were frimly on the front foot now and keeping Holyhead penned in their own half for large portions of the second half.

That is how the match ended. Thank you to Holyhead for such a competetive match and thank you to their managers who were generous in defeat. Next up is Amlwch who beat Llandudno FC today and who we meet in the semi finals. 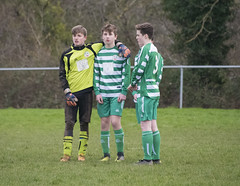 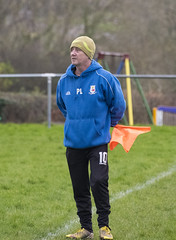 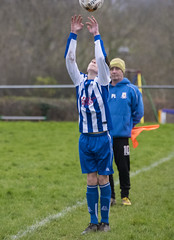 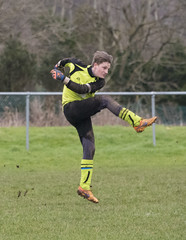 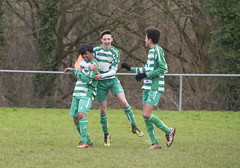 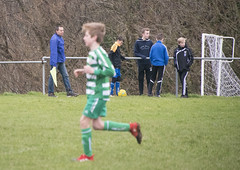 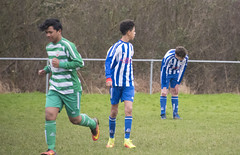 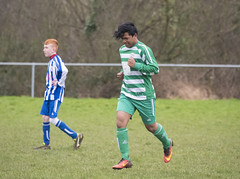 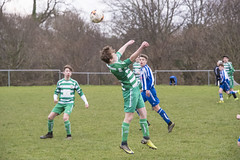 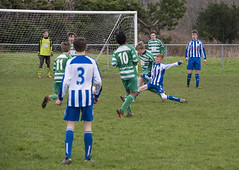 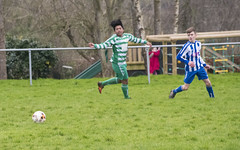 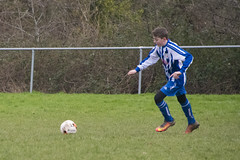 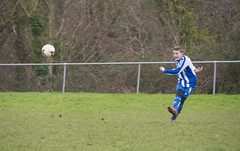 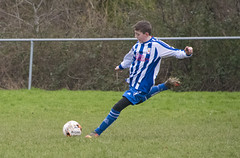 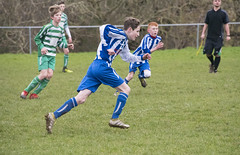 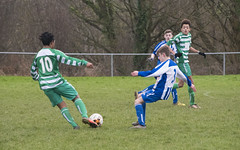