Man of the match was Jay Finter.

Holyhead who are currently sitting in 7th place in the league and coming off a narrow defeat to Llangefni last week where looking up for the fight at Bryn Paun.

The supports where looking forward to some fireworks this weekend, and on past encounters between these teams, the chances of a good game where highly likely. The game was refereed by Graham Hannah and kicked off at 10:30 sharp, with Holyhead playing into the sun. As usual, Holyhead came well supported and attacked from the whistle. Llangoed who were favourites for this game got stuck in from the start and made a few early chances which went wide of the Holyhead goal.

For all of Holyhead’s attacking, they couldn’t break into the Llangoed final third of the pitch, and kept getting knocked back deep into their own half.

The deadlock was broken on the 8th minute, when Jay opened up the scoring for the day 1-0

In fairness to the Holyhead lads, they regrouped and pushed up from the restart and forced an error in the Llangoed box, when Matthew handled the ball to gift Holyhead a penalty. Their striker took the shot well to level the score 1-1.

Almost immediately the Llangoed lads responded and Jay played a neat overhead ball to Cai, who netted his 1std of the match. 2-1.

3 minutes later and Llangoed made it 3-1 with Jay scoring his 2nd of the game. Llangoeds midfield where making life difficult for the visitors and overpowering their counterparts on the breakdown. Llangoed kept looking for the openings, and where rewarded 2 minutes later with Jay scoring from a huge lob from Matthew in defence. 4-1 to Llangoed and it was looking like a rout. Llangoed continued to make another half a dozen chances, but were unable to find the net. Grahame Hannah blew for the end of the half and both teams made their way to the changing rooms for a pep talk.

Llangoed started the 2nd half with some good pace, but once again their finishing was letting them down. However, the net was finally found by Cai 5 minutes into the half, when he shot wide of the keepers reach from a neat cross from Nathaniel. 5-1. Holyhead where far from defeated and kept on making chances. Rich and Gary where rotating all the lads and the pace of the game seemed to falter slightly with only a few chances being taken by Llangoed for the next quarter of an hour.

Llangoed regrouped and once again produced some great football, with chances once again being created. The 6th goal was scored via some neat passing from the lads in defence, down the wings, and then crossed into Jays path, and fired into the back of the net. 6-1. Llangoed where now well in control of the game, but they all kept up the work rate and kept attacking the Holyhead goal. Kiaran was making multiple runs on goal, but couldn’t seem to find the net. The Holyhead keeper was working flat out, and made some cracking saves to thwart the Llangoed assaults.

30 minutes into the 2nd half, and Holyhead had a free kick awarded for some pushing on the ball, and the Llangoed wall was lined up to defend the goal. The Holyhead player struck the ball sweetly and curled it over the wall for what looked like a guaranteed goal, but Shaun made an amazing save on full stretch to keep the score at 6-1.

Shaun blasted the ball from the box to find Kiaran in space, who side stepped the oncoming Holyhead defence to score a much-deserved goal. 7-1. Some more changes to the Llangoed line up, and some confusion in defence allowed Holyhead to pull one back. Clearly lack of communication between the midfield and defensive players was to blame for a sloppy goal. 7-2. But Llangoed still had the momentum, and responded positively to once again show the supports some good passing football to score their eighth and final goal of the game, once again it was Jay who found the lob from defence almost at his feet, and he calmly scored his 5th of the game. 8-2

The referee blew for full time and both teams shook hands to end a good, but slightly one-sided game.

The score line would easily have been double the final tally, if we had finished more of our chances, and looked for the easy balls and not overcomplicating our attacks. However, an 8-2 win is a fabulous result, and all the lads deserved the applause from the supporters as they left the pitch.

Thanks to Rich Jones for the match report and photos this week. 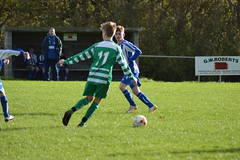 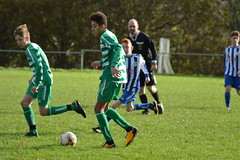 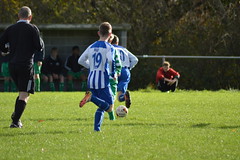 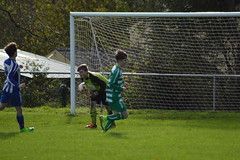 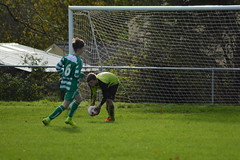 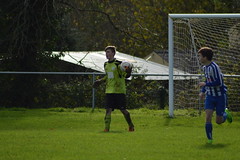 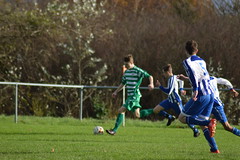 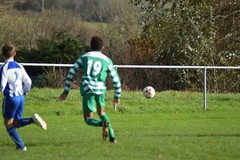 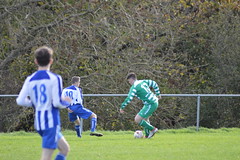 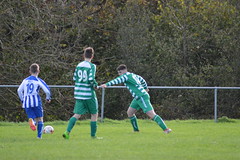 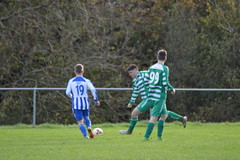 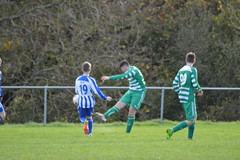 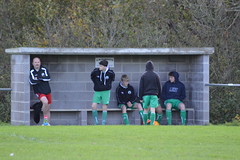 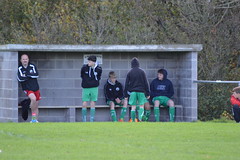 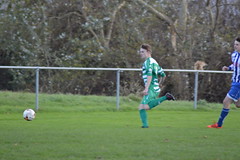 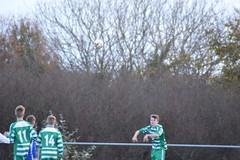 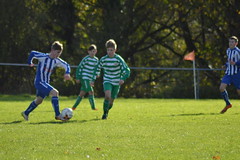 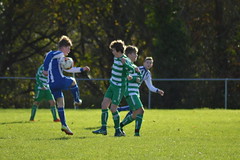 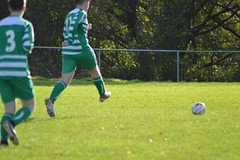 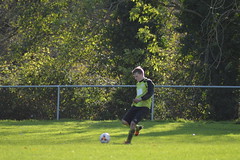 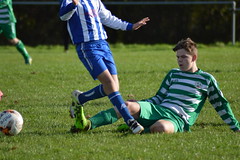 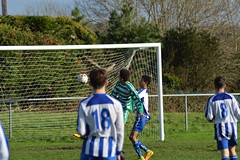 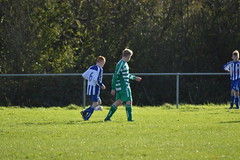 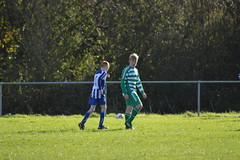