Llangoed’s man of the match was Alfie Wren Swords with a tireless performance today.

Special mention for Hari Jones who had an outstanding performance today in defence along with Shaun, Lewis, Tom and Ben keeping a clean sheet and restricting Holyhead to a couple of chances.

Llangoed welcomed Holyhead on a cool, dull but calm morning. Rich had a full squad of 16 players to choose from that included Josh Pugh who was making his first appearance since his accident over a year ago.

It was a nervous start from both teams and a well organized Holyhead side kept Llangoed at bay for 10 minutes before the deadlock was broken by a 35 yard strike from Tom Roberts that sailed past the Holyhead keeper to make it 1-0 Llangoed.

The next goal came on the 13 minute mark from an Alfie Wren Swords cross which Lloyd Davies swept past the keeper to make it 2-0.

It was Lloyd again with a scrambled half-volley on the edge of the six yard box that found the back of the net to make it 3-0.

25 minutes into the first half and Lloyd crossed in a long ball which fell at Kieran’s feet. Kieran’s first touch was good and he flicked the ball over the diving Holyhead keeper’s head to make it 4-0 Llangoed.

Llangoed scored again in under a minute when Sam chipped a pass over the defence which Cai picked up and hit it from an impossibly tight angle between to the keeper and the post to make it 5-0 Llangoed going in ot half time.

The second half was played at a more leisurely pace with Llangoed again making most of the chances. Holyhead to their credit did not let their heads go down and were defending well. Cai came close with a shot that sneaked past the post and Aaron also had a couple of chances that went wide.

On the 10 minute mark, Cai struck an excellent cross that landed in front of Kieran, his first shot cannoned off the post but he had the presence of mind to follow up for a simple tap in. There followed a few moments of confusion where Llangoed thought the linesman had flagged for an offside before the referee confirmed it was a goal. 6-0 Llangoed.

Llangoed capped off a good display when Luca played an exquisite ball down to wing to Kieran who slotted the ball home for his hat trick to make it Llangoed 7 Holyhead B 0.

Alfie Wren Swords was given the man of the match award today for a perfromance on the left wing that saw almost every play in the first half go through him. There were several good performances today and Shaun and the defence kept a clean sheet and kept the Holyhead attackers mostly quiet for the match.

Next week we have got Llanfair Llewod away in Llanfair. This will only be the second “older” side we have played so far so we need to keep our concentration and see maximum effort from everyone. 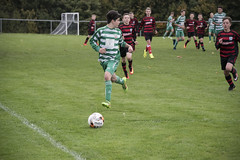 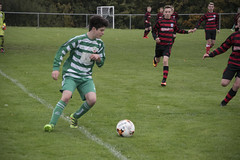 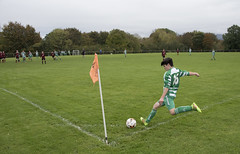 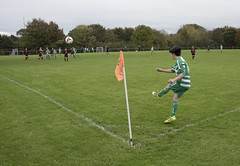 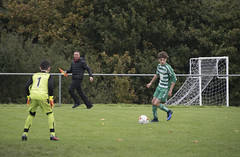 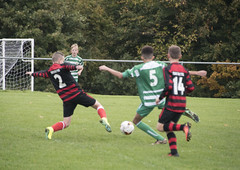 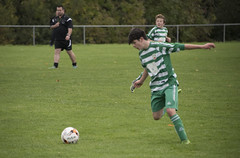 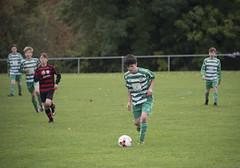 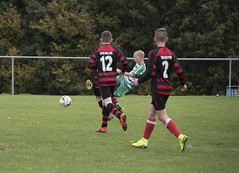 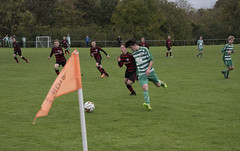 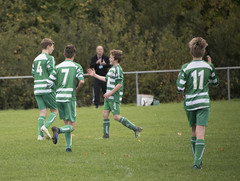 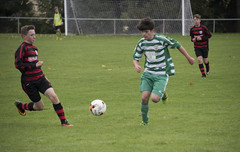 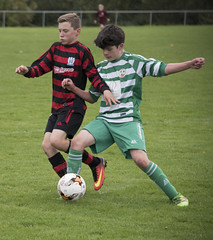 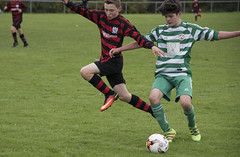 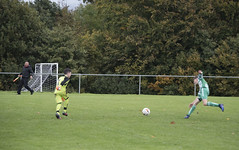