Llangoed’s Man of the Match was Cai Jones

It was perhaps apt that Llangoed visited Llanfair Celtiad on Halloween. We had already had the “trick” with Josh’s accident, Lloyd’s injury and the late withdrawal of our goalkeeper Shaun meaning that our second highest scorer Cai, had to pull on the gloves for keeper duty. We had yet to see if there would be a “treat” to follow. To be fair, we knew what a hard task it would be playing Celtiad who had won every game so far and were top of the league. The referee hadn’t turned up so the Celtiad manager Martin kindly took over officiating duties.

Llangoed kicked off and were immediately under pressure. Celtiad had crisp passing and good movement but Llangoed were defending well and Cai was a revelation in goal making several good saves in the first fifteen minutes. The deadlock was finally broken in the 20th minute when the Celtiad winger crossed a low ball across the face of goal and their striker connected, hitting the ball low past Cai to make it 1-0 Celtiad.  Llangoed didn’t let their heads go down and almost inmmediately Sam passed the ball through to Nathaniel who took a deft first touch before firing the ball inches over the crossbar.

Celtiad still had the lions share of chances and Cai made two one-on-one blocks within minutes of each other to keep Llangoed in the match. Celtiad got a deserved second goal ten minutes from the end of the half when a good passing sequence resulted in the ball being passed tot he striker in front of goal and he fired the ball low past Cai’s outstretched hand to make it 2-0 Celtiad going into the break. Despite almost relentless pressure, Llangoed had battled hard in the first half and were good value for the 2-0 scoreline.

Celtiad kicked off the second half and early on, a ball crossed into the Llangoed box came off a Llangoed defender and looped over Cai into the back of the net to make it 3-0 Celtiad. A few minutes later, a ball crossed in from the wing came off a Celtiad player and bounced past Cai to make it 4-0 Celtiad. The next goal was route-1. A through ball from midfield found the big Celtiad attacker unmarked and he coolly stroked the ball home to make it 5-0. The final goal came from a Celtiad shot from the edge of the area which Ethan managed to get his head behind on the goal line but was unable to keep it out. That was how the match finished. No treat for Llangoed on Halloween.

Celtiad were the better team in every department and it was a good footballing display from them but we can still take positives from the game. Despite missing a couple of key players, the boys performed well. Cai was brilliant in goal and wasn’t to blame for any of Celtiad’s goals. We were still in touch at the end of the first half and Llangoed never let their heads go down and carried on playing until the end. Despite a bit of frustration coming out towards the end of the match, it was a good, battling performance against a technically superior older team. The way Celtiad play is something we can aspire to when we are in the older tier of the under 14s. There is no shame in losing to a team that, barring a massive slump, could finish as league champions this year. Well done Celtiad and well done Llangoed. 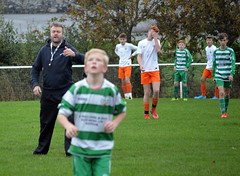 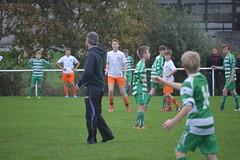 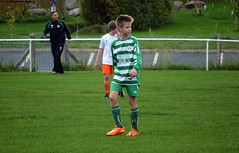 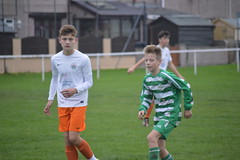 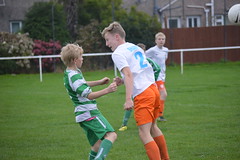 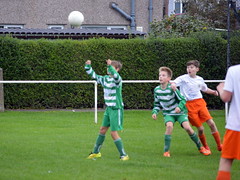 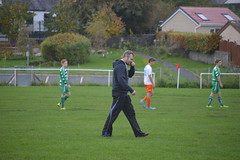 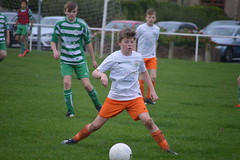 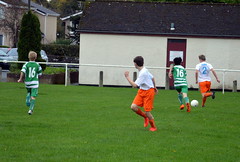 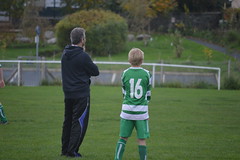 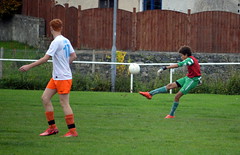 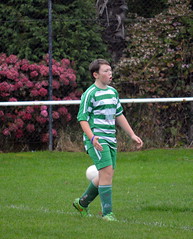 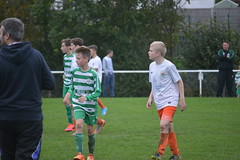 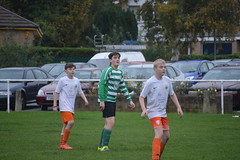 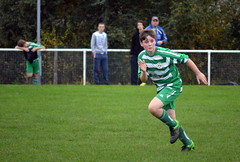 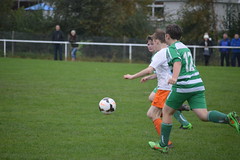 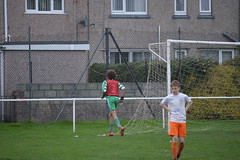 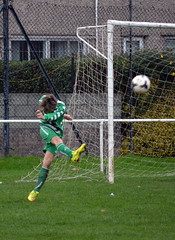 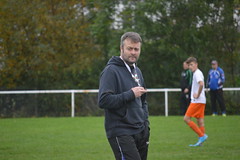 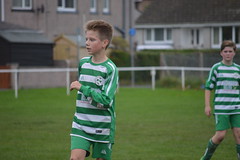 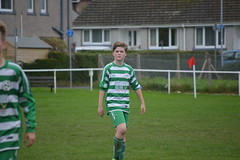 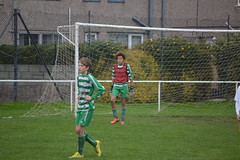