Man of the match was Nathaniel Evans

Tynygongl came into the game looking to make good an 8-3 loss to Llangoed the previous week.

The game kicked off at 18:30, with the sun beating down with temperatures of 24 degrees.

Llangoed went at TYG from the whistle with some nice passing between the lads. TYG were instantly on the back foot and could do nothing to stop the relentless pressure put upon them.

The pressure told after 4 minutes, when a perfectly struck corner from Kieran found Nathaniel flying into the box to head home Llangoed’s first of the match. 1-0

TYG seemed to find some shape and possession for the next 10 minutes but couldn’t break the Llangoed back line. A water break was called after 15 minutes so the lads could cool off.

With the early pressure being almost entirely one way, it was almost inevitable that Llangoed would notch up some more goals, and 1 minute after the water break the goal came from another Kieran – Nathaniel pairing. Kieran lofted a long throw in to the TYG area to find Nathaniel waiting to shoot for his 2nd of the game. 2-0.

10 minutes later and Nathaniel got his hat trick with a screamer of a long distance shot beyond the TYG keeper’s reach 3-0.

Llangoed were now playing some great football with every player calmly passing between themselves and controlling the game.

5 minutes before half time and Jay scored his first of the game and the lads looked like they had put this game to bed. 4-0

The second half kicked off and almost instantly Llangoed scored their 5th of the game courtesy of Nathaniel with his 4th goal. 5-0

Rolling substitutions gave all the players some much needed rest from the hot weather and an opportunity for some players to try different positions.

Seven minutes into the 2nd half and Cai scored a peach when a lofted high ball fell to his chest, and he volleyed the ball into the TYG net over the keeper. 6-0

Llangoed really had the bit between their teeth and pushed for more goals, with the ball being passed nicely from Shaun to the defence, to midfield , to wings and forwards, the quality was great to watch.

Shortly after Cai’s goal, Llangoed scored again when Ben passed a perfectly measured ball to Nathaniel, who scored for Llangoed’s seventh and his fifth. 7-0.

Llangoed didn’t have it all their own way and 3 minutes later Tynygongl nicked a consolation goal when Cian Abbot slipped his marker and shot past Shaun to make it 7-1 with 10 minutes to go.

However, the Llangoed lads were not going to let TYG have the last word and Jay scored his second of the game and Llangoed’s 8th to make the final score 8-1 to Llangoed

Not one of the lads had a bad game today, and showed that when you play for each other, the goals will come. All the lads should be very proud of themselves as they played out of their skins. I didn’t envy the coaches in picking a Man of the Match. In the end, there was only one choice after a 5-star performance it went to Nathaniel. 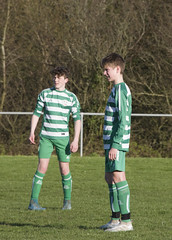 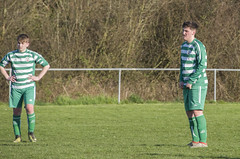 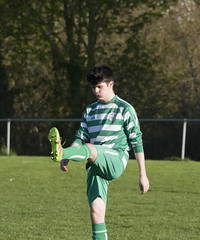 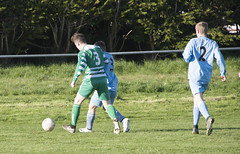 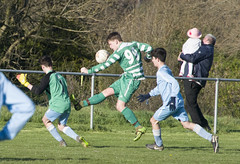 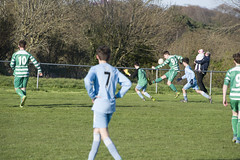 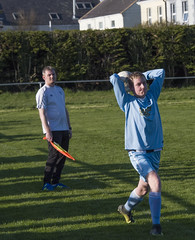 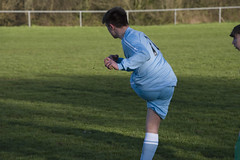 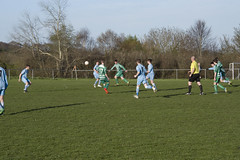 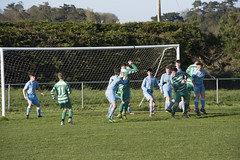 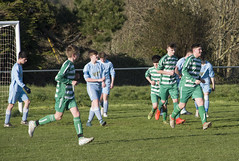 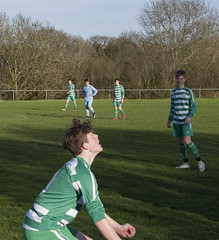 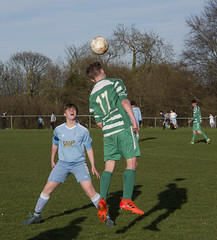