scorer for Llangoed was Matt Jones

Russell’s Man Of The Match for this week is awarded to the entire team for a great team performance.

It was a bitterly cold January morning at Llangoed’s pitch when we welcomed Tynygongl U14s. Ever since the “match that should not be named” and the following pee-taking at school, the Llangoed players have been waiting for this one. Despite an early hiccup with the referee not arriving and us having to sort out a last minute replacement (thanks David Graves), the match kicked off on time with Tynygongl playing with the wind behind them. Both teams were looking a bit rusty at the start given the amount of matches that have had to be cancelled over the winter and they both had some early attacks stopped by some good defending. Llangoed were making some good progress down the wings with Jacob and Aaron both crossing in some dangerous balls which were cut out by Willis Bunting in the Tynygongl goal. Sam and Jay were harassing the Tynygongl midfield constantly. The few chances that Tynygongl had in the first half were dealt with by some solid defending from Cian, Ben, Tom and Alfie with Shaun making a good save about midway through the half. Both teams were pretty evenly matched in the first half with Aaron having arguably the best chance which went narrowly wide.

The second half kicked off with Cai, Ethan, Lewis and Matthew coming on and new signing George who had just transferred from Tynygongl that week. The match was still evenly matched but Llangoed were breaking through more often with Cai’s speed seeing him clear through on goal twice only to be stopped, first by an excellent save from Willis and second by the impressive Jamie Couchman who got back to clear the ball off the line. Llangoed were pressuring hard and won a corner which was half cleared, falling to Matthew Jones who hit a high, looping ball from the edge of the area which dipped over the keeper and into the net to make it 1-0 to Llangoed. The lads were ecstatic and the celebrations almost led to Llangoed missing the restart and allowing Tynygongl to equalise immediately. Luckily the lads recovered their composure quickly enough to block the Tynygongl attack. With a couple of minutes to go, a Tynygongl attack led to their player being clean through and Shaun bravely slid out to catch the ball first and got a face full of knee for his trouble splitting his lip. This was how the match finished, with Llangoed restoring bruised pride and Tynygongl going home with nothing to show from a match that was evenly contested from start to finish.

We have got a week off next weekend followed by a cup match at home on the 13th of February against Llangefni A.

Finally, a big thank you to the talented Mrs Chris Couchman and her daughter for sending me some more photos (the last 18 in the gallery) which has some cracking photos of the lads. 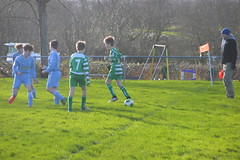 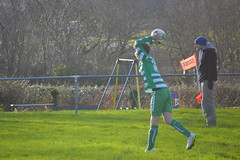 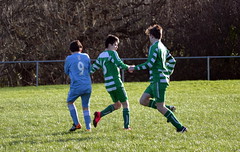 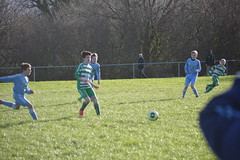 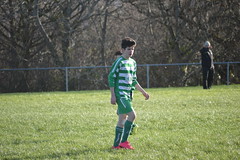 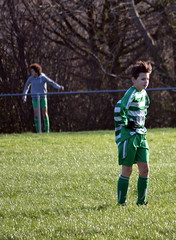 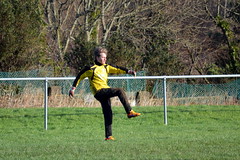 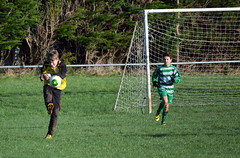 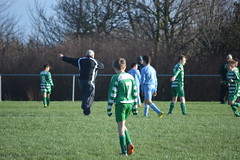 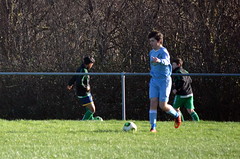 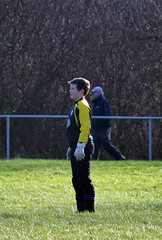 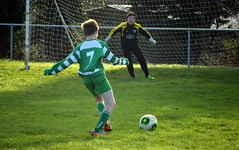 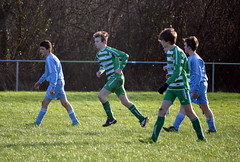 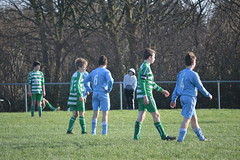 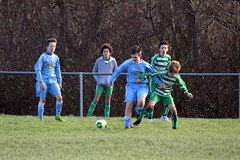 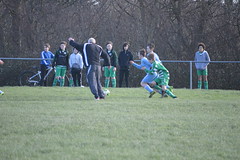 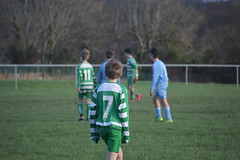 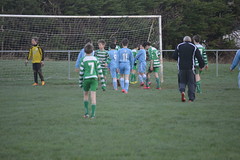 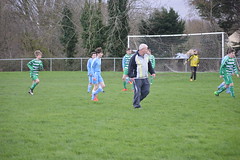 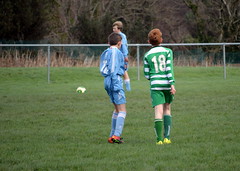 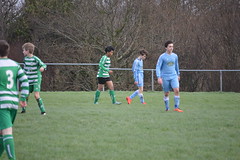 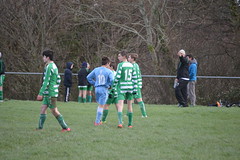