Man of the match was Ben Williams for a tireless display in midfield.

There was a 1 minute silence before the start of the game in memory of the victims of the recent Westminster attack.

11:21 Clearance from Lewis , found Ben, who dribbled past 3 midfielders and passed a cross ball to Cai, who deftly struck it under the keeper 0-1 Llangoed.

Llangoed were making all the play early on and stamping their authority on the game.

11:28 George made a great run up the wing after a perfect cross from Toby, and cut into the box, tried to chip the keeper, but his shot was excellently saved by the TYG keeper and knocked over for a corner

11:29 Lloyd took the corner that found Cai waiting in the box, he took it down and scored. 0-2 Llangoed

11:36 Some really good passing between George and Aaron, to gain yards up the pitch, Aaron passed to Lloyd, who calmly struck it wide of the keeper and into the back of the net. Goal 0-3 Llangoed.

All Llangoed subs were being rotated, so everyone got involved.

The 2nd half found Tynygongl coming out with their tails up. Some good linking play from the TYG team momentarily found Llangoed on the back foot, but they soon rallied and showed real domination.

12:02 A TYG clearance found Ben, who quickly passed to Josh, who crossed to Kieran, who calmly slotted under the keeper – goal 0-4 Llangoed.

12;14 Llangoed throw in found Ben, who was having a great game, he chipped a perfect ball to Kieran , who headed home Llangoed’s fifth goal 0-5

All the lads where playing some confident football and making some excellent, unselfish passes.

12:17 A beautiful cross from George fell to Cai’s feet, and scored his hatrick to make it 0-6 to Llangoed.

12:19 Credit to TYG, they kept their heads up and found the Llangoed boys napping. Joseph Doohan sidestepped a few of the Llangoed lads, and fired a fantastic shot across the box and into the far end of the Llangoed goal to make it 1-6.

The last 12 minutes where a defensive masterclass and the Llangoed back line closed down attack after attack.

TYG goalie played out of his skin and made some fantastic saves throughout the game.

At one point the referee had to ask Llangoed photographer Dylan to keep the noise down and his relentless clicking was putting both sides off!

Thanks to Richard Jones for this week’s match report and to Dylan Roberts for a frame-by-frame account of the entire match. Well done to the scorers and to Ben Williams who picked up his first man of the match award this season for an energetic and unselfish performance in midfield. Llangoed are in cup action next week away against Llanfair Teirw. 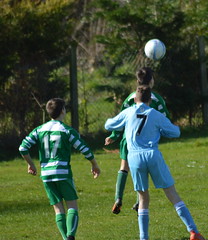 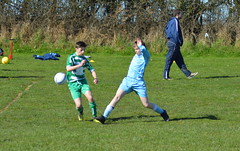 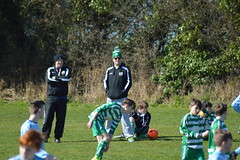 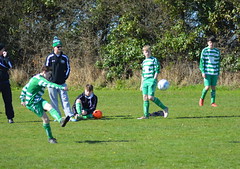 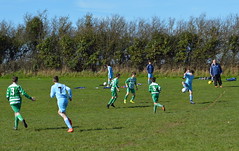 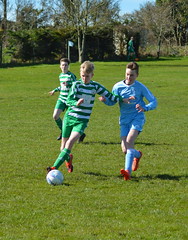 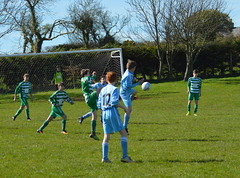 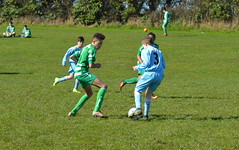 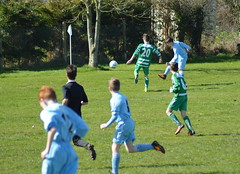 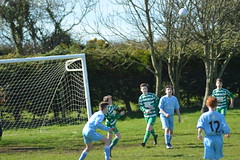 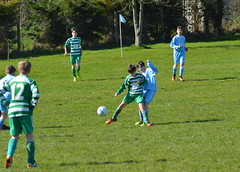 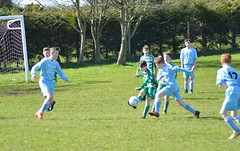 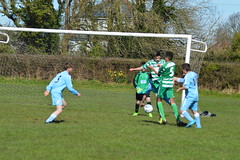